It's about time - Sarkodie and R2Bees to hold concert in New York - MyJoyOnline.com 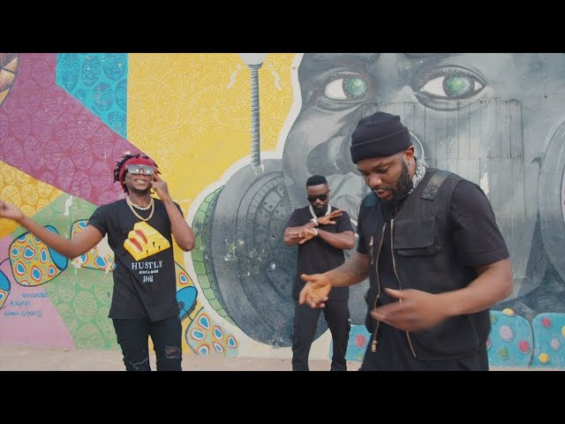 Rapper Sarkodie and music group R2Bees have decided to treat their fans in the United States of America to a concert.

The two acts have been planning this concert for a long time.

The concert dubbed ‘It’s About Time’ is expected to take place on 30th July, 2022 at the Palladium-Times Square in New York City.

Sharing the news on Twitter, Sarkodie wrote “one Night R2BEES x SARK under one roof !!! New York City…The states about to get served.”

In a promo video posted on the microblogging platform, the three artistes, Mugees, Paedae and Sarkodie, were on a conference call.

“It’s about time we mount some major concert outside Ghana, I’m thinking New York,” the Rollies and Cigars hitmaker stated.

Some fans, who reacted to the news on social media, could not hold back their excitement.

#ItsAboutTime we all start reading books like Omar Sterling and Mugeez cos neggas lyrics full of wisdom.

This is legendary mern. Trust me, I’m pulling up for this concert big time.

When Omar Sterling said Dem for take some of the kids go the #ItsAboutTime, he was referring to Blacko, K. MP, Camidoh, Shatta Wale and Asaka boys. 😊😊🇬🇭🇬🇭🇬🇭 God bless Sarkodie and R2bees

New York City 🇺🇸 your boys pulling up !!
30th July 🔥 @r2bees x @sarkodie #ItsAboutTime #TemaBoys
I’m always a Diehard Fan of you “Guys” For the first Time I will like to join You 🙏🙏 I will be Glad if I get some help from @sarkodie @r2bees @KuamiEugene #Trending pic.twitter.com/si6AJtlK1G

#ItsAboutTime R2bees and KingSark, the African outstanding best rapper brings you the joint concert in NYC … roll out in your numbers because this gonna be massive.. #Fred_Media_House #UELfinal Rangers | pic.twitter.com/4MGbsuKgaX

Who would have believed it
Your Know What Time🕜 It Is#Trend#ItsAboutTime #Sarkodie @r2bees pic.twitter.com/39unAaDzxD