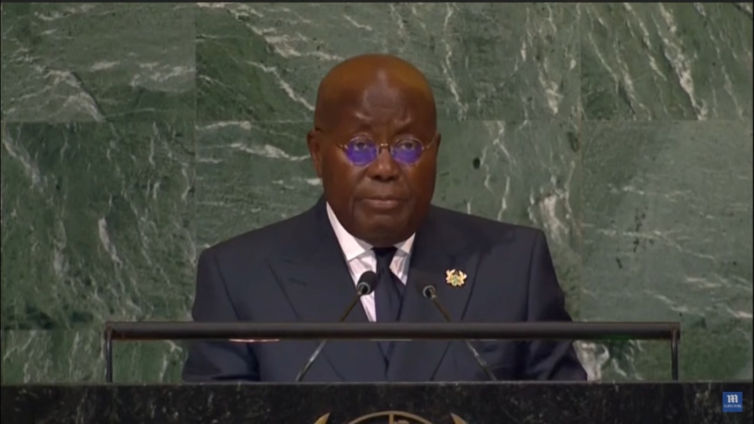 President Akufo-Addo has asked leaders across the globe to unite in tackling the numerous problems the world is battling with.

Speaking at the 77th UN General Assembly on Wednesday, the President said, “we don’t have the luxury of being able to pick and choose which problem to solve.”

Thus, it will be prudent for each problem to be addressed with equal importance since “none of them can wait,” per the President.

Highlighting problems such as insecurity, climate change, economic and energy crises, among others, President Akufo-Addo reiterated that they all require urgent attention.

“History will judge us harshly if we do not seize the opportunity to make the changes that will enable us to deal with the many problems that we face,” he stated on Wednesday.

The President also used the platform to bemoan the unfair treatment of African countries on the international financial market.

According to him, avenues that are available to powerful nations are not the same for developing countries,consequently, impeding growth in these countries.

“The tag of Africa as investment risk is a self-fulfilling prophecy created by the prejudice of the international money markets which denies us access to cheaper borrowing, pushing us deeper into debts.

“The financial market has been set up and operates on rules designed for the benefit of rich and powerful nations and during times of crisis, the façade of international cooperation under which they purport to operate disappears,” he opined.

DISCLAIMER: The Views, Comments, Opinions, Contributions and Statements made by Readers and Contributors on this platform do not necessarily represent the views or policy of Multimedia Group Limited.
Tags:
Climate change
President Akufo-Addo
Problems in the world