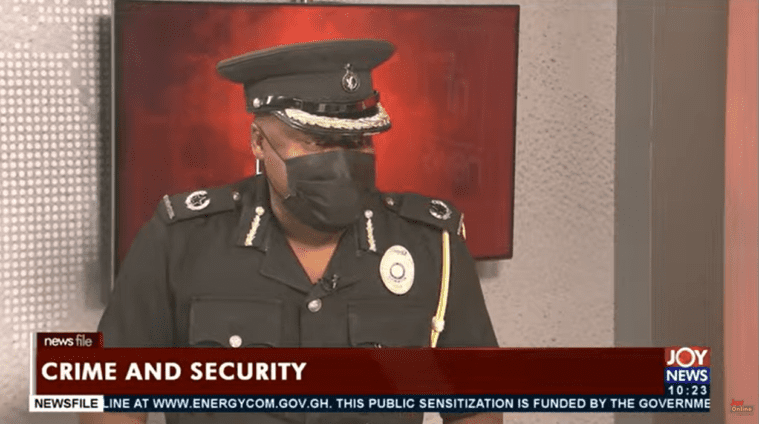 The Ag. Director-General of Public Affairs of the Ghana Police Service has disclosed that they have put in place a grand strategy to curb the crime rate in the country.

Joining discussions on crime and security in the country on JoyNews’ Newsfile Saturday, ACP Kwasi Ofori said there is a thought-out plan in the works.

The police boss said while some of them would be made available to the public, others would be kept within the unit for obvious reasons.

He said the Ghana Police Service (GPS) is working on strengthening the intelligence patrol, targeting the whereabouts of criminals, and ensuring that they are brought to book.

“Aside that, public engagement. The commanders should also go out there and engage the vulnerable, and engage their communities, sensitise them on some of these issues as to how best the civil populace can corporate with the police to fight this menace.”

Strengthening the intelligence unit as well as targeting criminals and ensuring that they are brought to book are some of the other strategies, he said, the GPS is putting in place.

With a series of crime rates being reported in the Northern Region, ACP Kwasi Ofori revealed that there is an anti-task force on the ground fighting robbery attacks in the districts.

“We know around Bono East, some of the robberies events take place in the daytime. So a lot has been done. And a lot of them have been arrested and sent to court, and we’ve dismantled most of the networks, through special task operations and also targeting criminals in those areas.”

In light of today’s discussions on crime and security, at least four broad daylight robberies have been recorded in parts of the capital city this week.

In one instance, the robbers opened fire leaving a bystander with gunshot wounds. The robbers in the separate incidents made away with huge sums of money in the heist.

The Rambo-style nature of their operation has become a cause for concern for eyewitnesses and residents.

Addressing these concerns, ACP Kwasi Ofori said a meeting was held to strategise how to prevent such incidents from reoccurring.

He revealed that present at the meeting were; Acting Inspector General Manager of Police and the Police High Command, the regional commander of Accra, Tema, and all divisional commanders of both Greater Accra and Northern regions, who deployed strategies for robbery prone areas such as economically active areas, and banks.