We know how to fix the economy – Samuel Abu Jinapor - MyJoyOnline.com

We know how to fix the economy – Samuel Abu Jinapor 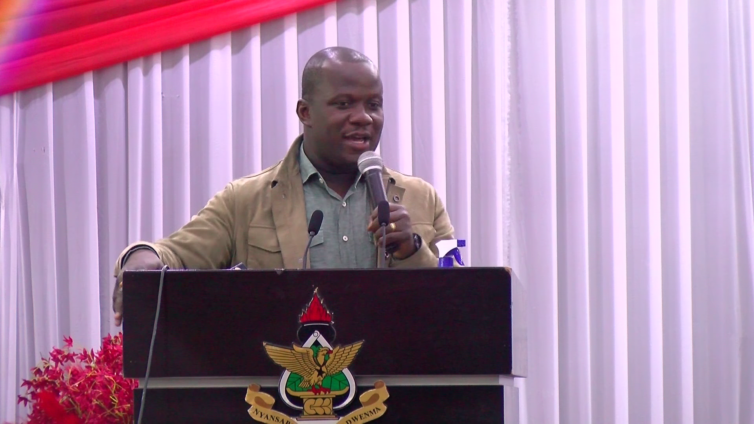 Minister for Lands and Natural Resources, Samuel Abu Jinapor, has touted the government’s resolve to stem the rising cost of living in the country.

With skyrocketing inflation rates, the legislator for Damongo indicated the ruling New Patriotic party has a plan to restore Ghana’s economy back on track.

Speaking at a public forum by the TESCON-KNUST, the Minister of Lands and Natural Resources, Samuel Abu Jinapor, acknowledged the average Ghanaian is presently saddled with increasing financial costs.

But, the Damongo legislator believes the ruling NPP government which grew the country’s GDP at an increasing rate would revive the collapsing economy.

He revealed the government led by President Akufo-Addo is instituting a programme to resuscitate the economy.

“We know how to fix it, President Akufo-Addo knows how to fix it and this government will definitely fix it,” he said.

The public forum brought together students and party faithful of the New Patriotic Party to deliberate on the student union’s role in ensuring an NPP win in Ghana’s 2024 general elections.

The lawmaker assured the upcoming politicians not to be demoralized by the recent economic happenings in the country and promised that the government would deliver on its mandate.

“Never underestimate the NPP. Those who write the NPP off do so at their own peril. Because the party is a party of struggle. It is the party which has stood the test of time. The NPP, I have no doubt, will rise up to the challenge in 2024.

“For those who think that the current happenings in the country is a nail in the coffin of the NPP’s political fortune in the country, they’ve made a mistake. The NPP, God willing, will resolve the economic problems of our time.

President of TESCON-KNUST, Collins Nana Baidoo, implored the government to build the capacity of the youth for future governance of Ghana.

“If we are able to build the capacity of the youth, I know we will get more of the public figures of the party and in government. This can be achieved when TESCON is well resourced,” he noted.