We will reduce the impact of ‘dumsor’- Mahama promises Ghanaians 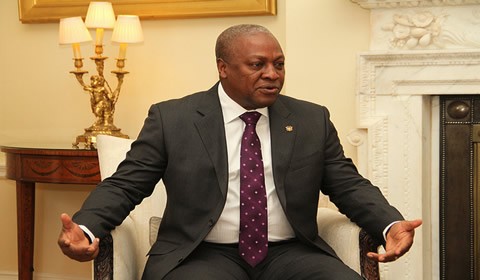 President John Mahama says he has learnt not to make anymore promises  on when the current power crisis facing the country will end.

If anything, he said his government is working assiduously to reduce the intensity of what has been described as the dumsor regime.

He was speaking in an interview on Metro TV's Good Evening programme, Thursday.

The president in the heat of the 2012 election campaign promised that the ongoing energy crisis was going to end early 2013.

However, the crisis has rather worsened in 2014 with no immediate end in sight.

There has been several protests by Ghanaians some of whom have gone on the streets threatening to beat ECG officials.

Companies have been affected immensely with severe production cost implications.

While sympathising with the situation the country is faced with, John Mahama told Paul Adom Otchere the crisis will end very soon but gave no time frame.

He said he made the initial promise based on the progress made at the time with the Atuabo gas project and in the hope that the country was going to receive the CDB loan.

However due to factors beyond government's control it has been unable to achieve the promise made.

He assured however that government was working assiduously to reduce the impact of the power crisis.