We wish you well; YouStart will create jobs for you – Hadzide tells NABCO personnel 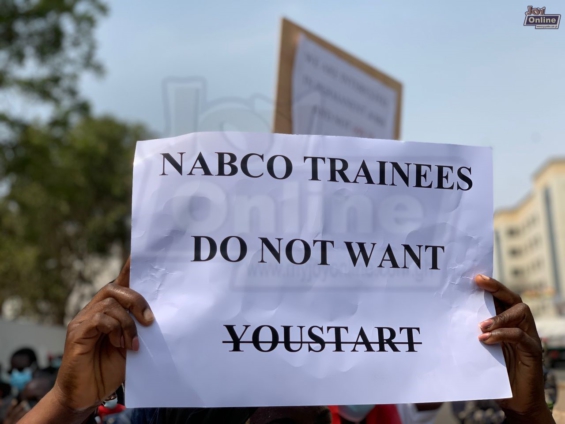 Chief Executive Officer of the National Youth Authority, Pius Enam Hadzide, has given assurances that all hope is not lost for personnel of the Nation Builder’s Corps (NABCo) who had their contracts terminated effective September 1 this year.

Mr. Hadzide, who doubles as Member of the Steering Committee of Government’s entrepreneurial initiative called Youstart, said the programme will offer opportunities for them to create their own jobs.

In a memo copied to all beneficiaries of the programme, the NABCO secretariat urged personnel to “Consider private enterprise as a career option”.

Government in 2018 recruited a hundred thousand young graduates to assist in the public service delivery needs of the country.

However, after running an extended contract regime of the scheme since 2021, a new policy decision has been taken regarding the future of NABCO trainees who will soon be out of employment.

Reacting to the new directives on termination of the programme, the Coalition of NABCo Trainees say government “promised us diamonds but delivered graphite”.

Commenting on the anxiety amongst the recruits on what future plans government has for beneficiaries of the programme, Mr. Hadzide noted that “government’s YouStart project which will roll out soon and will put more power in the hands of the would-be jobless personnel to create their own wealth.”

“We have the assurance from the managers of the public purse that monies are being mobilized and will continue to be mobilized to help the development of this country with a focus on youth employment,” he added.