‘What examples are we setting when politicians are rewarded for bad behaviour? – Lydia Forson quizzes 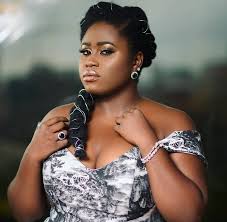 A list of some 46 persons to help the President govern during his second term in office was sent to Parliament through the office of the Speaker, Alban Bagbin on Thursday.

Ms Lydia Forson took to social media to register her displeasure on the first list of Ministerial appointees.

According to her, the integrity of the country’s leadership is questionable when some legislators who have failed to maintain high standards are being considered to take the mantle of leadership.

“When politicians are REWARDED for their bad behaviour, what examples are we setting for the ordinary citizen.

When politicians are REWARDED for their bad behavior, what examples are we setting for the ordinary citizen.

Meanwhile, some social media users have shared similar opinions to that of Lydia Forson and are of the view that some legislators must not sail through should they partake in the vetting process by the Appointments Committee.

Should Hawa Koomson, Ursula Owusu, Ken Ofori Atta and Dominic Nitiwul sail through vetting, we will advise ourselves.

The NDC MPs that are thinking of taking bribe from the Minister designates so as to rubber them should have a rethink. The grassroots are serious about their resolve concerning Ken Ofori atta, Hawa, Ursula, Nitiwul to some extent Kan Dapaah, Letsa, Amewu.

The Npp guys are not smart, including mother serpent of corruption himself. See most of his appointees will be rejected. True talk😅😅 Someone like Hawa Koomson , Ursula Owusu and peter Amewu. pic.twitter.com/UgFR08Z2AR

Dear appointment committee, do not approve the Finance Minister designate Ken. Ofori-Atta. That guy is at the centre of Agyapa, PDS, AMERI etc….#JoySMS #JoyNews

However, among the list, Hawa Koomson stands tall following a shooting incident in her constituency prior to the 2020 general election.

Kan Dapaah And Ken ofori Atta again..vetting should do us justice

DISCLAIMER: The Views, Comments, Opinions, Contributions and Statements made by Readers and Contributors on this platform do not necessarily represent the views or policy of Multimedia Group Limited.
Tags:
Lydia Forson
Ministerial appointments