When your child believes meat is murder 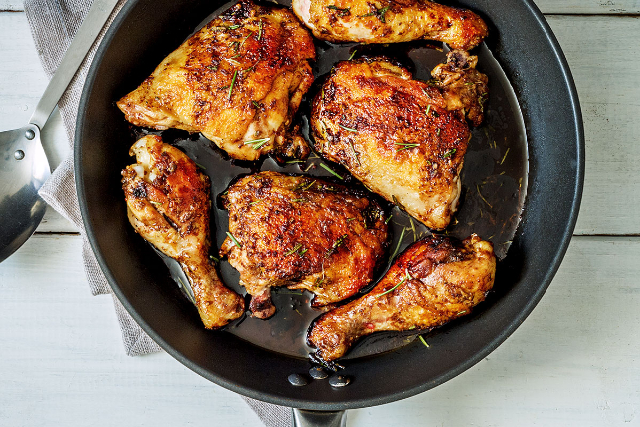 After viewing “Blackfish,” a documentary about the mistreatment of animals at SeaWorld, Jeffrey Miller’s daughter, Hannah, became concerned that eating meat was murder. Last year, she decided to become a vegetarian.

“Our 14-year-old has completely bailed on meat of her own accord, so we’ve had to do some maneuvering,” Mr. Miller said of his daughter, who is the lone vegetarian in a household where both parents and her 16-year-old sister, Emma, happily consume chicken, pork and turkey. He noted that in their town of Sioux Falls, S.D., the middle of the pork and beef belt, many of her friends view her vegetarian status as “weird.”

But the family has willingly accommodated her new dietary restrictions. Mr. Miller and his wife, Barb, often prepare rice, bean and pasta dishes for her, sometimes adding in meat for the rest of the family. They’ve also discovered items they all enjoy, like spicy black bean burgers. “It’s broadened our horizons as well,” he said.

According to a 2014 Harris Poll, there are about two million vegetarians — defined as someone who never consumes meat, fish, seafood or poultry — ages 8 to 18 in the United States, representing 4 percent of that age group. That exceeds the 3.3 percent of adults surveyed who declare themselves vegetarian. Many children at very young ages are deciding to become vegetarians on their own, driven primarily by ethical concerns and the toll that meat production takes on the environment.

When a child decides to become a vegetarian, parents should first probe what’s driving this decision. “Respect their choice. Approach it without judgment, but be inquisitive as to the rationale,” said Caroline West Passerrello, a spokeswoman for the Academy of Nutrition and Dietetics, an organization of food and nutrition professionals.

Rachel Goldman, a clinical psychologist with a private practice in New York, says it’s important to rule out the possibility that the child is motivated by disordered eating — selecting a vegetarian diet to lose weight. The emphasis should be on discussing how to make this new lifestyle a healthy one.

Although the vegetarian child is often very impassioned about what is on the table, it’s important to have family conversations about mutual respect. Dr. Goldman suggests having a conversation that makes clear that no one else’s eating habits need to change, but that perhaps other family members could be open to trying new foods and increasing their intake of fruits and vegetables.

Inevitable tensions can arise when a child feels that eating meat constitutes murder and can’t tolerate other family members doing so. Rachel Gunther’s son, Elias, decided to become a vegetarian at the age of 4, repulsed by the idea that animals were being killed for food. He was deeply troubled that his younger brother, Theo, continued to eat meat. “It was a difficult parenting moment,” said Ms. Gunther, who lives in Cambridge, Mass., and is associate director for Youth on Board, which supports young people organizing for change in their communities and in their own lives. 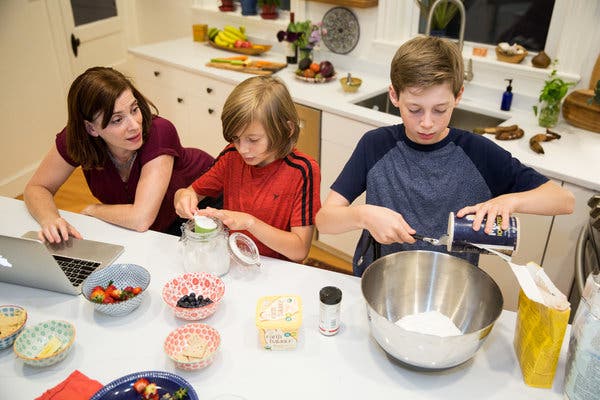 She used the conflict as an opportunity to teach empathy. She would say, “Elias, you need to understand how your actions affect Theo and vice versa.” Elias, now 12, became a vegan two years ago, while his younger brother ultimately gave up his beloved pepperoni pizza and made the choice to become a vegetarian, as did the rest of the family. They were the subject of a short documentary, “Elias’s Stand,” which can be seen on Facebook.

Reed Mangels, a nutrition adviser for the Vegetarian Resource Group, said such conflicts are an opportunity to practice tolerance, learning how to live with and get along with people of differing viewpoints.

Susan Levin, director of nutrition education for the Physicians Committee for Responsible Medicine, a nonprofit that promotes a plant-based diet, said studies show that vegetarian children and teens are at lower risk than their nonvegetarian peers for being overweight and obese — conditions that are linked to Type 2 diabetes and heart disease.

A child can get all the necessary nutrients in a vegetarian diet through a variety of foods like grains, soy, vegetables, fruits, nuts and beans, according to the American Academy of Pediatrics. Nutritionally balanced vegetarian diets are more challenging if a child is more selective, “but there are picky vegetarians who are healthy,” said Ms. Passerrello. The American Academy of Pediatrics recommends that parents consult a trained dietitian for an individual assessment and recipe recommendations.

One of the biggest myths about vegetarian diets is that they lack sufficient protein. “On average, most kids consume far more protein than they need,” says Ms. Levin. According to the National Academy of Medicine, those ages 9 to 13 need 34 grams of protein a day. A cup of tofu contains seven grams, while a cup of cooked beans has 15 grams, as does a cup of soy milk. A mere tablespoon of peanut butter contains roughly four grams.

Parents do need to be vigilant in ensuring vegetarian children get enough of one essential nutrient: iron. Ms. Passerrello said that iron is more easily absorbed from animal sources than plants. Spinach and whole grains are the best vegetarian sources. She said iron is better absorbed in plant-based sources when combined with vitamin C, so squeezing lime, lemon or orange on a salad or adding citrus fruits to smoothies can be helpful. Cereals fortified with iron are another option.

Vegan diets are slightly more challenging than vegetarian. The only essential nutrient found in animal products that is not usually found in plants is vitamin B12. While vegetarians can get that through dairy products, vegans cannot. So it’s typically recommended that vegans take a B12 supplement or consume foods fortified with vitamin B12. Dr. Mangels points out that B12 is often added to soy milk, veggie meats and some breakfast cereals. Vegans can consume fortified plant milk to get calcium found in cow’s milk, along with high calcium foods like dark green vegetables, she said.

To satisfy the dietary requests of a vegetarian among a houseful of carnivores, Dr. Mangels suggests a three-pronged approach.

First, determine which meals your family already likes that are already vegetarian, like macaroni and cheese or certain pastas.

Second, consider dishes that can be easily adapted to meet the needs of meat eaters and vegetarians. Options include stir-fry vegetables or a burrito bar where diners can choose to add a protein, like tofu and chicken. Soups can be easily made with vegetable instead of chicken stock. Pastas can be made with and without meat.

Third, keep options like veggie burgers in the freezer in case the entree can’t be adapted for the vegetarian. Involving vegetarian children in the cooking is a great way to give them ownership over their choice and teach them a valuable skill, Dr. Mangels said.

You might also look for meatless international options like packaged Indian or Mexican food that can be flavorful and convenient.

There’s a presumption that going veggie means the child will choose to eat healthier, but that’s not always the case.

Diana Knoll’s daughter, Nikki Eldred, decided to become a vegetarian when she was 11 and became a vegan when she was 18 in 2013. Ms. Knoll, who lives in Richland, Wash., supported her daughter’s desire to save animals and saw this as an opportunity for her to eat a healthy diet. She ate healthfully while at home. However, once she went off to college, “she discovered Oreos were vegan and went on a full vegan junk food diet,” heavy on processed foods, bread and pasta, Ms. Knoll said. 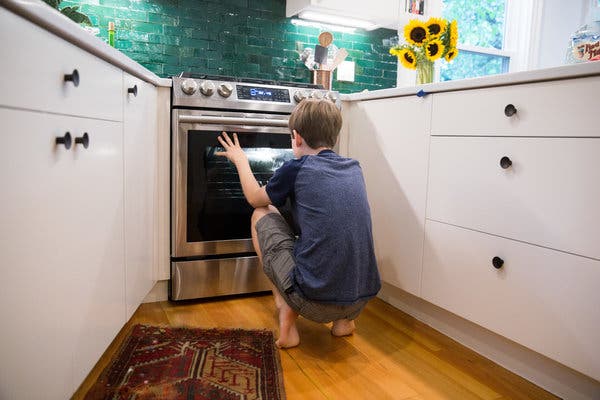 Anxiously waiting on that vegan banana bread.CreditKayana Szymczak for The New York Times