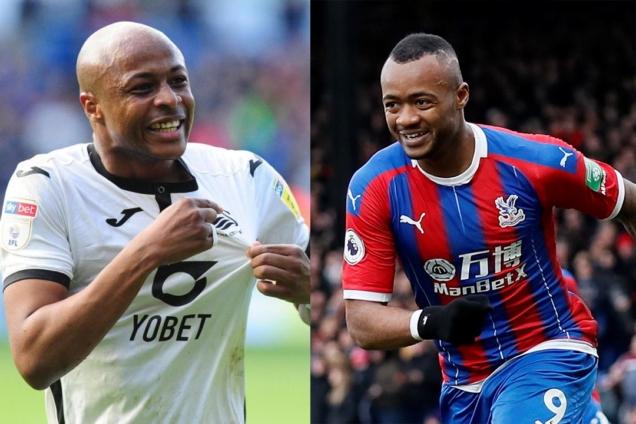 The “Ayew” name resounded throughout the country during the Black Stars’ stay in the 2021 Africa Cup of Nations.

The Ayew brothers, Dede and Jordan Ayew, were on the lips of Ghanaians for their contribution to the team.

Some said Dede as the Captain of the Black Stars, pulled his weight while others thought otherwise.

Jordan Ayew, on the other hand, was criticised by many for his efforts.

After losing to Comoros, the senior national soccer team was trolled when they exited the tournament.

But comments flooding social media speculate that Milovan might not be the only individual leaving the Black Stars.

Users have alleged that the Ayew brothers are set to quit the Black Stars.

A section of users has welcomed the rumour about the Ayews’ retirement from the Black Stars. They argue that the brothers’ efforts have not been encouraging for some time; thus, they should quit the team.

Also, they opined that the Black Stars will deliver a good performance in the absence of the duo.

If dede said he won’t play for the black stars again 😤 that’s a good news. Personally I don’t see him doing enough for the team anymore. If i were to be the coach; he will be starting from the bench.

Make dede Ayew and his Brother Jordan Ayew comot for there. Blackstars can do better with you duo tttww

If dede and Jordan shon dey play for the black stars 🌟 , we go win 🏆 the next afcon.😆😁😁

Other users have disagreed and spoken against the condemnation of the brothers. According to them, Dede and Jordan have shown commitment and done so much for the Ghana Black Stars. They are of the view that the brothers have been unfairly treated.

They believe that the insults hurled at the Ayew brothers and the calls for their removal are why foreign-based Ghanaian players are reluctant to play for the national team.

The black stars team all nobody dey vex me pass Thomas Partey, that boy no dey play with passion but ebi Dede Ayew you people make happy say he dey quit Lmao

The comments under this post. Smh. Chale if you’re a Ghanaian playing abroad don’t risk your career for the Black Stars. Ghanaians are a bunch of very ungrateful beings. If we can do this to Dede, one of our best n most committed players of the decade… https://t.co/sEhx50U2rf

Y’all are so rude. Dede has given so much to the Black Stars https://t.co/aQRccC7eSk

I wonder the offense of Dede and Jordan, after all their efforts.

If these two quit, Asamoah Gyan can now go shred some weight, stay active and take over Black Stars as he had always wished !! pic.twitter.com/oIAtjcR9kF

Dear young Ghanaian footballers, before you decide to play for the Blackstars please remember how Ghanaians treated Asamoah Gyan and Ayew brothers. TY😒
.
.
.
.
.

Meanwhile, checks by MyJoyOnline.com reveal that the Ayew brothers have not communicated their retirement from the Black Stars.

The reports of the Ayew brothers quiting the Black Stars is false.

According to @fiifitackie they remain committed to both the team and the country. pic.twitter.com/NGmfjoC5iV

The spokesperson for the Ayew family, Fiifi Tackie, has said “Andrè and Jordan Ayew are still very committed to the Black Stars team as they have always been. They will keep donning the Black Stars jersey to represent Ghana and give the team their very best on and off the pitch, as always.”