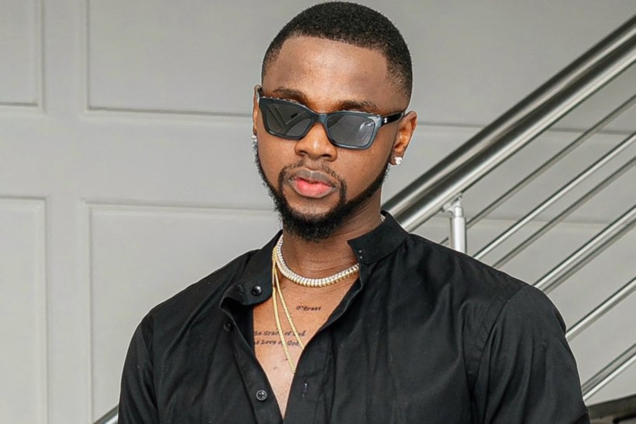 The show promoter for the well-publicised concert at Warehouse, Old Nextdoor Arena, Tanzania, has explained why Kizz Daniel refused to perform at the event on Sunday.

According to Stephen Uwah, although Kizz had a gold chain, he refused to perform because the airline had failed to deliver his luggage that contained his other gold chains; insisting he must wear all of it for the show.

“I brought him harmonised skin. I brought in different clothes. But, he said just because the airline didn’t bring one of his bags, he cannot perform without the gold on his neck. That show, I spent nothing less than $300,000 because the show was a premium show.”

Mr Uwah made this known during an Instagram live with Nigerian personality Daddy Freeze on Monday.

He noted Kizz Daniel’s manager, Paulo called the singer from America, crying while begging him all night to honour the show but the ‘Buga’ hitmaker refused to budge.

The show promoter stated that “he (Kizz Daniel) insisted that the airline did not bring his bag. He had a good chain on his neck, one but he wanted everything.”

Mr Uwah who is displeased with Kizz Daniel said “I’ll send you a video of that show. That show wasn’t a joke. A table for that show was sold for $5,000 and the highest table was sold for $10,000. I have all the contracts with Paulo. Paulo is the one who I booked Kizz Daniel directly from.”

Kizz Daniel was arrested later on Monday after he failed to perform.

He was detained at the Oysterbay Police Station under tight security.

Ms Dabiri-Erewa wrote, “KD has been released. His legal team will, however, report back to the police tomorrow while he will subsequently return to Nigeria.”

The singer’s management has maintained silence since the news of his arrest went viral Monday afternoon.