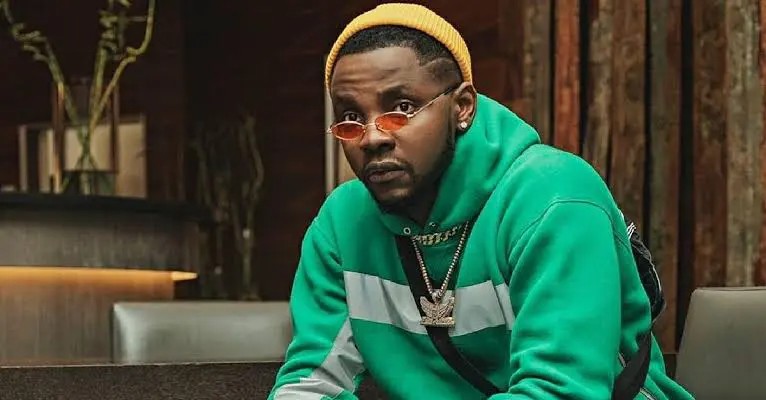 The organisers of the Summer Amplified Show in Tanzania have arrested the Buga hit maker, Kizz Daniel, for failing to perform at the well-publicised show on Sunday night.

‘The Citizen’, a Tanzania publication, reports that the singer failed to show up at the Summer Amplified concert at the Warehouse Arena (formerly Next Door Arena) in Dar es Salaam.

A viral video on Twitter shows the singer wearing a black hoodie while being escorted into a Tanzanian police van.

Just In: Singer Kizz Daniel arrested in Tanzania for not performing at his concertpic.twitter.com/RjiTiPXjhj

Earlier, the concert-goers staged a mild protest by throwing bottles at the empty stage after paying as much as $5000 and waiting for hours for the Singer to perform to no avail.

Fans of singer, Kizz Daniel, who had gathered at the venue of his advertised show in Tanzania, left in anger and trashed the place after he failed to show up. pic.twitter.com/lor8DFbkoM

The singer was reported to have arrived in the country earlier but refused to perform because of the unavailability of his clothes.

According to ‘The Citizen, the event coordinator announced the singer’s arrival at the Julius Nyerere International Airport (JNIA) a few hours before the event.

Fans of the singer were forced to wait until 6 a.m. for a live performance, but Kizz Daniel was absent.

Again, fans went home angry in Tanzania after Buga crooner, Kizz Daniel was nowhere to be found for his stage performance. pic.twitter.com/p6gjKsSOHY

Str8up Vibes, the event coordinator, expressed their apologies in a statement on their Instagram on Monday morning.

The event organisers expressed regret at the unfortunate incident.

“We acknowledge that this has resulted in disappointment for our loyal customers and long-time valuable stakeholders,” the statement said.

It further noted that it is taking appropriate action in handling the matter with rigour, assuring fans that paid and attended that they will be taken care of.

Unconfirmed reports say Kizz Daniel was absent because he forgot his bags in Uganda and refused to use anyone’s clothes or buy new ones.

The singer, before Sunday, had been called out twice within a month over the abrupt cancellation of his shows.

On 7 July, he was first called out by fans for not showing up for over five hours to the Afronation US Classic tour sold-out concert in Maryland, USA, and also got called out again after he cancelled his concert on 20 July in Denver, USA.

It is not the first time Nigerian artists have run-ins with the law in other African countries.

In December 2020, the authorities of another East African country, Uganda, charged Nigerian artists Omah Lay and Tems for reportedly violating COVID-19 regulations at a music event.

Ugandan authorities said the official charges against Tems and Omah Lay were for ‘Negligently doing acts likely to spread an infectious diseases C/S 171 of the Penal Code Act.

They were arrested after they performed at a sold-out music event.