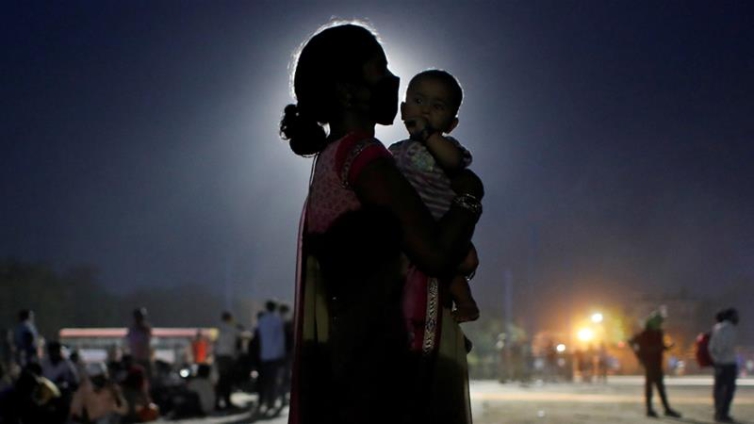 Mantasha Bano was 28 weeks pregnant when her cries of sudden, unbearable pain prompted neighbours to call an ambulance in the rural Indian state of Uttar Pradesh. It never came, and Bano’s baby was stillborn.

Medical workers in the northern state have reported a marked increase in stillbirths as the coronavirus pandemic strains hard-pressed rural health services including maternity care in one of the countries worst hit by COVID-19.

Bano, 22, said she believed her baby could have survived if the ambulance had arrived quickly. “It was a girl. She was very beautiful. I feel sad, very sad … I had so many dreams and now everything is shattered,” she said.

Coronavirus infections are rising faster in India than anywhere else in the world as the world’s second-most populous nation appeared to be on course to cross the milestone of five million cases on Wednesday.

The World Health Organization (WHO) fears the situation could get worse as the virus spreads into the vast countryside, where 60 percent of India’s 1.35 billion people live.

As the virus stretches manpower and equipment to the limit, state-run health facilities are reserving beds, tests such as ultrasound scans and treatment for critical cases involving COVID-19 or serious accidents, local healthcare workers said.

Workers from the government’s Accredited Social Health Activists (ASHA) – usually the first point of contact in rural India have also been deployed to fight the pandemic.

The situation has forced many women like Bano, who rely on their husbands’ daily wages, to pay for private healthcare.

Renu Singh, an ASHA coordinator who has been overseeing 26 villages in Uttar Pradesh, including Atesua where Bano lives, for nearly 15 years, said it was the first time maternal care had been so badly disrupted.

Between March and August, when India was under a months-long national lockdown, she said there had been 22 stillbirths in her area about four times more than last year.

“We have never seen such a large number of stillbirths in the villages before,” she said, adding that health facilities that once catered to pregnant women had been converted into Covid-19 centres.

“All these factors are responsible for the rising cases of stillbirths,” she said.

He told the Thomson Reuters Foundation his department was trying to plug healthcare gaps with various measures, including the recruitment of more radiologists for prenatal ultrasounds.

“The problem (of stillbirths) may be in some areas but not across Uttar Pradesh … Things have smoothened up now,” he said, adding that he did not have up-to-date statewide birth data.

Some local medics disagree, however.

Doctor Anil Kumar Dixit, superintendent at a state-run community health centre in Itaunja town near the state capital of Lucknow, said his facility had no qualified personnel to operate its ultrasound scanner.

“There are many factors which result in stillbirths and most of them can be prevented easily by getting regular checkups, following doctors’ advice and taking health supplements regularly,” he added.

The WHO recommends at least eight prenatal checkups, one ultrasound before 24 weeks of pregnancy and a daily intake of iron and folic acid supplements to prevent maternal anaemia, neural tube defects (NTDs) and preterm birth.

Sarita Gautam, 22, missed several of those steps during her pregnancy, including regular iron supplements for her anaemia.

She said she only had two weeks’ supply and struggled to get hold of more as her health clinic was closed to “normal patients”, which also forced her to get an ultrasound privately in June when she was five months pregnant.

“The doctors at the (state-run clinic) told me to come and get the ultrasound done in the ninth month of my pregnancy, but I had lost my baby before that,” she said.

Kusum Singh, an ASHA worker who assisted Gautam, said the local state-run facility was only admitting women who were in the last week of pregnancy and reserving ultrasounds for them, leaving others with no choice but to seek private care.

“Many of the families are so poor they cannot afford testing,” Singh said. “If this continues, the situation will become worse.

“This year, especially after the lockdown was imposed, there have been a lot of stillbirths,” she added.

India’s federal health ministry did not respond to repeated requests for comment and nationwide stillbirth data.

As part of lockdown guidelines, the ministry said prenatal services had to be provided on a walk-in basis at state-run health centres with social distancing rules.

“It is our duty to ensure the life of a pregnant woman is not put to unnecessary danger,” Health Minister Harsh Vardhan said in February.

But as COVID-19 spread and hospitals began to buckle, more hardship cases involving pregnant women have come to light.

In June, a woman who was eight months pregnant died near New Delhi after being turned away by eight hospitals.

A month later, a newborn died when a woman gave birth in an autorickshaw in Bengaluru after three hospitals said they could not admit her due to a lack of beds.

Aparna Hegde, a urogynecologist, called for urgent extra investment in primary healthcare and to improve the referrals process, urging authorities to identify possible gaps that could put women at higher risk.

“(Otherwise) when a pandemic comes, it’s really going to come and hit you and expose all your frailties,” said Hegde, founder of Armman, a maternal and child health charity.

Gautam, who lost her baby when she was seven months pregnant, spends her days grieving the loss, which has also strained her marriage.

“My husband blames me for it, saying I was careless during the pregnancy … But I did everything to save the child.”

DISCLAIMER: The Views, Comments, Opinions, Contributions and Statements made by Readers and Contributors on this platform do not necessarily represent the views or policy of Multimedia Group Limited.
Tags:
coronavirus pandemic
covid19
India