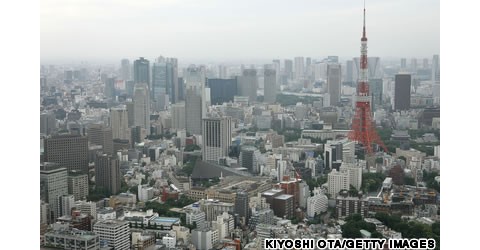 We’ve all experienced tourist traps. Those heavily advertised attractions that turn out to be bland misrepresentations of the places we’re supposed to be seeing.

Expensive time eaters that leave us with lighter wallets and a taste of burnt coffee in our mouths.

So which are the world’s worst tourist traps?

For starters, in no particular order, try the devil’s dozen below. Then add your “favorite” tourist traps in the comments section.

This admittedly pretty series of waterfalls in a lush forest has been transformed into a death march for millions of cruise shippers on shore leave.

Visitors slog up a crowded, hillside holding hands with strangers like worker ants on a particularly gruesome mission.

Better to get ripped off on straw baskets in the Kingston markets.

Built in 2004, this one is designed with mainland Chinese tourists in mind. You’ll find them here in droves, led by flag-toting tour guides as they stumble toward the promenade’s highlight, a statue of Bruce Lee in kung fu pose, while mall music blurps out from tiny speakers.

A lack of comfortable resting areas and focus on souvenir photo booths makes the whole experience about as satisfying as a sneeze that doesn’t quite come out.

A big TV, a bunch of outdoor advertising and chain stores you can find anywhere in the United States.

Locals avoid it with almost the same assiduity as empty cabs do, meaning once you’re in, there’s no quick escape.

It bills itself as the “best shopping street in China,” but in reality it’s far from that.

Nanjing Dong Lu, whose history can be traced back 150 years ago, was once known as the “Number One Commercial Street in China.” Most guidebooks recommend tourists check it out for its history.

But apart from a handful of old shops, any sense of history is largely gone.

Locals are a rare sight. Ubiquitous brands that can be found on any major shopping street in Shanghai, however, are all too common.

A shame so many get lured in, since authentic sites pertaining to WWII — Churchill’s actual bunker and RAF Uxbridge’s magnificently restored Battle of Britain Operations Room at RAF Northolt — are nearby.

There are at least a dozen floating markets in and around Bangkok. Yet every tourist wants to hit the same one: Damnoen Saduak.

It used to be a legitimate place for locals to enjoy some boat noodles or shop for produce and knickknacks. Today, thanks to every tour company in the world pushing it on tourists, it’s about as authentic as that pack of Viagra for sale in a back soi on Sukhumvit Road.

There are even manufactured floating markets, such as the one at Ancient Siam, that are more realistic than this nightmarish network of canals that’s filled with long tail boats shuttling visitors around to check out the floating shops and boats that peddle the same junk you can find on Khao San Road.

And be ready to duck. Things can get dangerous when boat drivers raise their long boat propellers out of the water to navigate through canal traffic jams.

7. All of central Tokyo

A heap of concrete, steel, traffic and trains. Lots of in-your-face advertising. And the Tokyo Tower centerpiece is an ugly, unoriginal, high-rise time eater.

You can also forget about its much-ballyhooed usurper, the Sky Tree in Sumida-ku. That concrete and steel raised middle finger is just another glitter-daubed, expensive shopping mall in the sky.

Still, if it remains on your agenda, parts of the capital are worth seeking out — just as long as you avoid “Tokyo” proper and concentrate on smaller game, like the beautiful, bohemian suburbs of Kichijoji, Ogikubo and Asagaya.

Or, there’s the superb countryside of Yamanashi, just an hour from Shinjuku by train — food for the soul aplenty out west; just keep your wits about you and steer clear of the concrete jungle that entangles Tokyo’s barely beating heart.

The Leaning Tower of Pisa may have an interesting history, but as a tourist attraction, there isn’t much to say about it. Apart from the fact that it actually leans.

After the initial wonderment over how such bad architecture has managed to last so long, there’s nothing much left to do apart from climbing the tower. But that’s not before you stand in a long line of tourists willing to part with 15 euros for the opportunity to climb 300 dizzying spiral steps within a specified time slot.

Or you can avoid all that and just observe giddy visitors pretend to “hold up” the tower in front of a camera on the ground floor.

The majority of apartment buildings in Mumbai are weather-beaten and look like they’re about to crumble.

The “Bollywood homes tour for tourists” showcases the most underwhelming apartment buildings of some of the biggest movie stars on the planet, such as Shah Rukh Khan. But you’d never guess it.

On one corner, crowds gather every evening below Salman Khan’s building, where Bollywood’s most popular action man makes an almost daily appearance on a pathetic little balcony in a truly ugly building.

A visit to the Sydney Fish Market is nearly as fatal for tourists as it is for fish.

Heritage falls apart on the harbor’s shore, iron rusts and there is no foreshore access. Two huge cement factories that dominate the view around the bay pollute the water.

While it sells itself as a tourist attraction, the smelly fish market has been an exercise in self-interest for decades. See this link for more.

Patpong is touted as Bangkok’s red light district for expats and tourists. In reality it’s about as sexy as an Australian sheila drunk on Two Dogs.

Not that one would expect otherwise, of course, but you still have to look.

If this is amazing snorkeling, please jam our snorkels with seaweed.

The water is murky and short of fish and you have to dodge banana boats and jet skis.

If you’ve got a thing for dead coral, however, please feel free to sign up for a glass bottomed boat ride.