Yaw Obeng-Manu: Why retaining Frema Opare is in order 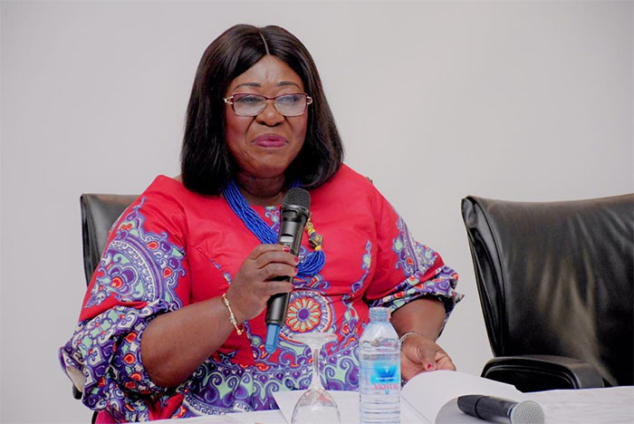 Political analysts have argued the success of a President is a reflection of the performance of the Chief Staff. Essentially, the right-hand person because of the diverse duties that fall under the ambit of this office that sits firmly in the heart of the government’s stability.

The general satisfaction of the state but significantly the gratification of the political party that produced the president and its followers depends on the dynamics of how a Chief of Staff keeps the bridge between these entities open and cordial.

This responsibility would include securing jobs for the teeming unemployed youth and adults and undertaking periodic public opinion polls and survey into the political landscape and other researches in order to assess public opinion about the political and administrative development.

The Chief of Staff is also responsible for providing valuable insight into the political environment and offering advice relating to Public Affairs and Government Policies and monitoring and tracking information from public and private sources with regard to governmental, industrial, economic and political related issues.

In 2017 when Madam Akosua Frema Osei Opare was appointed to the Office of Chief of Staff, there were satisfactory nods because of the 40 years of rich experience she brought from the field of academia, politics, development consultancy, labour and employment.

In the field of development consultancy, Madam Frema was once a consultant for the United Nations in the ‘Women in Fisheries’ programme in countries such as Uganda, Ethiopia, Congo, Kenya and Namibia.

In politics, Madam Frema has been a long-standing close confidant and ally of President Nana Addo Akufo Addo.

She served as the director of conflict resolution of the 2012 NPP national campaign team. She also served as a two-term Member of Parliament for the Ayawaso West Wuoguon constituency from January 2005 to January 2013.

With her expertise in labour and employment, President Kufour also appointed her a Deputy Minister of Manpower, Youth and Employment in his administration from 2005 to 2008.

With this level of experience in her bag, it was therefore not out of place when President Nana Addo Dankwa Akufo-Addo appointed her the Chief of Staff of the Republic of Ghana in January 2017.

Madama Frema Opare has arguably outdone expectations of her appointment as Chief of Staff, which has led to the President and the New Patriotic Party (NPP) being retained in government for a second term during the 2020 general elections.

Interestingly under her tenure, the Presidency never overspent its budget, a feat very had to come by in the 4th Republic past administrations.

For such excellent delivery as the Chief of Staff, Madam Frema Opare received a number of honours including the Ghana Women of the Year Honours; governance category by Glitz Africa, and The Model African Woman of the Year 2019 Award by the ExLA Group.

The Youth Wing of the NPP also honoured her with a citation for her outstanding performance at the presidency and her immense support for the youth wing of the party.

For such sterling performance, is it any wonder there is serious clamour on the corridors of power for President Akufo-Addo to retain her as the Chief of Staff in his second term?

Her function of liaising between Civil Society Organizations, Chief Executive Officers, Managing Directors among many others earned a lot of trust for the government from the private sector and government agencies.

It is an established fact that the Akufo-Addo government has enjoyed the camaraderie with almost all state agencies and institutions that previous administrations have struggled with, which points directly to the effectiveness of the Chief of Staff.

Frema Opare is poised and undaunted for the task ahead in the next term of the presidency of His Excellency Nana Addo Dankwa Akufo-Addo even if it only means maintaining and perfecting what she nurtured over the past four years.

It is poignant to note that as Ghana’s first female Chief of Staff, Auntie Frema has charted a new course for political appointment in Ghana’s political landscape and perhaps Africa.

At the launch of the Ellen Johnson Sirleaf Presidential Center for Women and Development in Monrovia Liberia sometime in March, she observed that women of character, determination, competence, and stature are still under-represented in effective and organized political power.

She argued that women in West Africa including Liberia and Ghana and across the African continent still face a debilitating reality due to the interlinked circumstances and indicated that the achievements of former Liberia President, Madam Ellen Johnson Sirleaf are an inspiration for women of Africa and a truly transformational role model.

Can we say any different for the achievements of Madam Frema Opare in the Office of Chief of Staff Ghana?

Indeed, she will inspire and prepare women to take up roles and excel in the highest echelons of Ghana’s public leadership.

The collective journeys of women like President Johnson Sirleaf, Joyce Banda of Malawi and others to the growth and development of Africa has been broadened by a new footprint belonging to the Chief of Staff.

There is, therefore, no reason for the President to look elsewhere for another person to fill the Office when Madam Frema has delivered such commendable output.

DISCLAIMER: The Views, Comments, Opinions, Contributions and Statements made by Readers and Contributors on this platform do not necessarily represent the views or policy of Multimedia Group Limited.
Tags:
Frema Osei Opare