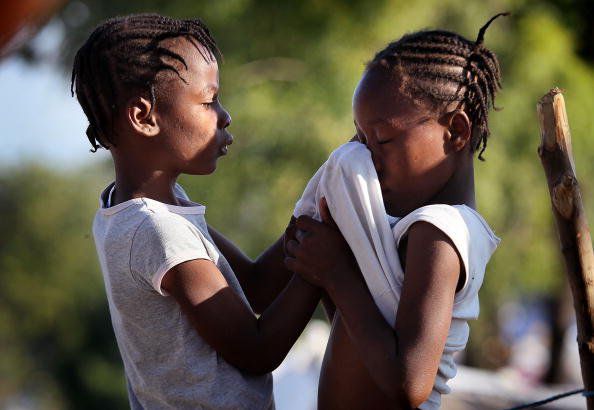 I sent money from abroad to my mother to purchase two stores for me at Makola Market in my quest to resettle in Ghana to start a trading enterprise after my long stay abroad. To my surprise, I arrived in Accra on Friday, May 11th, 2012 to a “no show” situation only to realize that my mother had rather invested my money into our family business.

According to her, she wanted to retire and hand over the family business which was also a trading enterprise at Makola Market to my sister and I, citing that as the reason why she used my money for an expansion. That was clearly against my original plan.

I couldn’t control my disappointment that evening. That was money I had saved for over four years of my hustle in the cold. I ranted in anger, called her names and even made threats all through that night before we all retired to bed around 10pm.

Around 2 am the next morning (Saturday, May 12, 2012), my father woke us up to pray mentioning that my mother was in critical condition and had to be rushed to the hospital.

Upon arrival, it was confirmed that her blood pressure had risen very high, citing stress and anxiety as the possible causes. Minutes after that, she passed on. I felt guilty on the spot and started blaming myself. The last time I saw my mother alive was during my rage at her. I couldn’t simply live with that. My father and two siblings were very unhappy with me also. They had witnessed the earlier event at home.

That unfortunate situation was something I never envisaged. Lack of anger managenent caused me my worst experience ever. Even though my family had forgiven me, it haunted me for more than two years. I had to seek professional counselling and therapy. During the sessions, It became clear that I had to forgive myself before my mind could be receptive to the forgiveness of others.”

Those were the candid confessions of Ms. Rosalyn Appiah when I had the chance to speak with her on the subject of forgiveness a few years back.

Life presents us with so many things. As humans, we are subject to astuteness and mistakes. That is part of the framework of human “being”. Sometimes you make certain mistakes and you see it happen all over again. That is usually caused by lack of care in behavior especially in speech, an act or remark that shows a lack of good judgment. You then begin to imagine what you could have done differently. I personally don’t believe in a world where things are meant to be. I believe that we are responsible for our own actions.

One of the worst feelings is when you feel deep down inside that you’re lying to yourself, telling yourself that everything is okay when it’s actually not. Within that world, if there is any room for forgiveness, can we forgive ourselves first? Can we be forgiven for our terrible mistakes and can we forgive other people who have hurt us?

Yes we can. That’s a mighty challenge which usually goes through a slow process. Reality teaches us that the past can never be taken back. With that being said, we have to force ourselves to forgive and move on. Forgiveness is compassion, either towards yourself or towards another. You have to acknowledge the pain and work through it in all honesty.

We need to identify with the struggles of each other. Having compassion for ourselves is the first step to having compassion towards others. It is imperative that we leave behind all past entanglements that spew sheer negativity in order to forge ahead creatively with a sane mind. We can’t make it up to the past, but the brain has the ability to place events in time in order for us to shift elements around. The result is that we can create a personal history that, if not perfect, makes us feel we’re getting better and better. Healing begins with us before it spreads forth to others. #BeInspired… #CUE

The author, Yaw Sarpong-Kumankuma is a Ghanaian Entrepreneur with vast expertise in Arts & Culture, Creative Direction and Talent Management. He is A&R/Creative Director for Africa 1 Media and founder of a design company, DecoRate LLC. His email address is ysarpong85@gmail.com