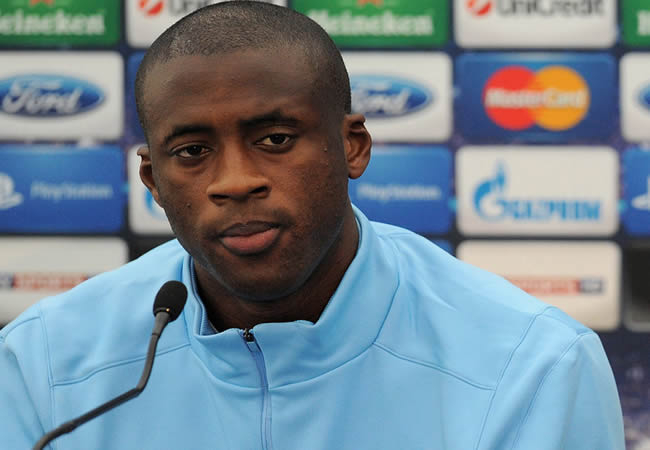 Four-time African Player of the Year, Yaya Toure, believes African players need to be more ambitious if they want to reach the levels of the world's best.

Few Africans have featured among the best in the world in recent times, with the Ivoirian midfield giant the sole player from the continent to feature in the 23-man FIFA Ballon d'Or shortlist for the third year running. He also remains in contention for a record-extending CAF African Player of the Year award for the fifth straight year.

The 32-year-old blamed the development on what he sees as the shortsightedness of fellow Africans who tend to get distracted after a little initial success.

"Africans have a tendency to slack off," Yaya told France Football.

"They are living in a world of their own. They believe they made it, they are the greatest, the strongest. But they don't understand that there are many more hills to climb to reach the top.

"Unfortunately, many only see the bright side of this job: the easy money, the girls, the parties, the big cars and the beautiful clothes. And they give up too quickly on the idea of matching the best players. Many are content with little. They send money back home and are safe for the next few years. What is the point of suffering?

"I have the feeling they prohibit themselves from dreaming big with a kind of fatalistic resignation. They believe that the highest level is not for them."