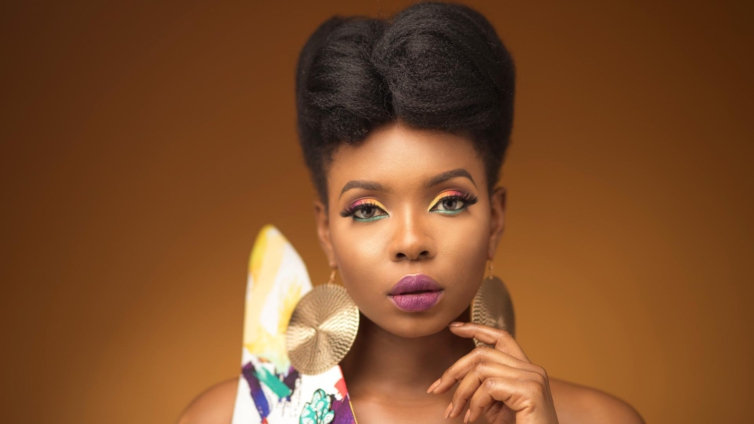 Grammy-award-winning artiste, Yemi Alade is serving attitude with the release of her new EP, African Baddie which is available via Effyzzie Music.

Preceding the release of African Baddie, Yemi Alade released “Bubble It” ft. Spice which amassed over 6 million views on Youtube, bumping the Nigerian singer into over 20 million views on Tik Tok.

“I’m an African Baddie, but that doesn’t mean I don’t have emotions,” says Yemi. “Every woman can relate to all the moods on this EP. One minute we are begging a man not to hurt us again and the next we’re in front of the mirror reminding ourselves who is really in control.”

Not only does Yemi Alade guide fans through different moods on her new EP, but she’s also navigating between new genres with ease. Dancehall, Highlife, and Afrobeats are all represented in this body of work.

African Baddie follows Yemi’s Grammy award winning contributions to both Angelique Kidjo’s “Mother Nature” album earlier this year as well as her contribution to Beyonce’s Black Is King of 2021. For Yemi, this EP garners the same level of attention and recognition, capturing her versatility as an international artist.

With four albums, and soon to be three EPs under her belt, and with hits such as ‘Johnny’, ‘Ferrari’, ‘Na Gode’ and ‘Bum Bum’, and as one of the first females in the genre to hit over 100 million views on YouTube and over 1 million dedicated subscribers, Yemi Alade is the No 1 afropop female artist on the African continent.

Beyond the studio, Yemi continues to make an impact in the entertainment world, donning titles such as composer, actress, and producer.

DISCLAIMER: The Views, Comments, Opinions, Contributions and Statements made by Readers and Contributors on this platform do not necessarily represent the views or policy of Multimedia Group Limited.
Tags:
African Baddie
Yemi Alade