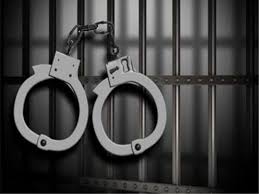 Mr Barimah said Alhassan Sankara, an accomplice of the suspect, was at large.

According to the Police Commander, the two suspected armed robbers, at the weekend, at about 1930 hours, attacked Mr Abubakari Abdul-Aziz, a mobile money vendor at Mion and succeeded in robbing him of GHC33,000.00.

Mr Barimah said the suspects went to the vendor on a motorbike with a gun and ordered him to surrender all the money he had, which he obliged.

He said after collecting the money, they took off and headed towards Yendi Road where the community members alerted the people of Puriya, a nearby community to intercept the suspected armed robbers.

He said when they were approaching Puriya and saw a crowd of people on the road, they fired into them and injured one Mahama Ziblim.

Mr Barimah said intelligence led the Police to a community known as Tong in the Nanumba North Municipality where Adam Mukaila was arrested.

He indicated that the motorbike used for the robbery was found in the house of one of the suspects, who is at large, adding that the suspect is a cattle herdsman to some members of the Tong community.

He indicated that Adam Mukaila was identified as one of the two robbers, who attacked and robbed Ta-ha enterprise MTN money transfer at Balogu North, a suburb of Yendi on August 31, 2020.

He said the case was under investigation and the suspect would be arraigned at the Yendi Circuit Court for trial.

DISCLAIMER: The Views, Comments, Opinions, Contributions and Statements made by Readers and Contributors on this platform do not necessarily represent the views or policy of Multimedia Group Limited.
Tags:
Mobile Money
Robberies
Yendi
Yendi District Police Command