You are number one enemy of public officials when you become an entrepreneur - Tonyi Senayah - MyJoyOnline.com 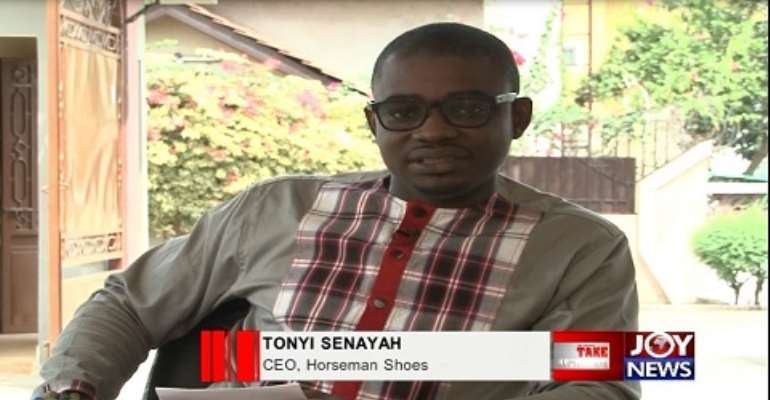 “Look, once you start a business eh, you have all the elements after you. You are number one enemy of a lot of public agencies, it’s not a joke” he said.

Speaking on Joy FM‘s Super Morning Show, Mr Senayah asserted that entrepreneurs suffer various forms of victimisation at the hands of officials of government agencies from the idea stage through the growing phase.

The comment was part of discussions on the Super Morning Show in respect of whether there are adequate measures in the country to support entrepreneurs. The discussion was necessitated by Finance Minister, Ken Ofori-Atta’s call on students of Ghanaian universities to venture into entrepreneurship as the government payroll is full.

Mr Senayah said this would be a difficult task for the youth considering the systems in place, which according to him, do not support the growth of businesses. He bemoaned the fact that government has not been able to enforce policies and interventions instituted to support the growth of privately owned businesses in the country.

“The Finance Minister in one of the budget readings mentioned that government will give tax breaks to business owners under 35 years [but] you’ll walk to the GRA offices and they’ll tell you they don’t know anything about that and that it ended in Parliament. And it can be very frustrating,” he said.

Highlighting other challenges entrepreneurs go through, he mentioned that the cost of rent is a major hindrance to the development of enterprises in the country.

He expressed frustration at the high cost of rent, emphasising that Landlords request huge sums of money before leasing out their rooms to business owners, yet no support systems have been instituted to address that.

“You have asked young people to go and do their own businesses, have you thought about rent? People cannot afford rent. The landlord is charging you 5 years’ advance that is even bigger than the capital to move your idea from one point to another point. Honestly, I’m tired it’s not a joke,” he added.

He stated that at other times, entrepreneurs have to explore other options which may be illegal.

“When a Ghanaian says be smart, he’s not asking you to be smart with your brain. It means you have to circumvent the system and break the laws.

He stated that doing business in Ghana has been very difficult, “there have been times I’ve contemplated quitting because of the challenges encountered.”

Mr Senayah therefore entreated the government to put in place, “deliberate policies to walk people through the bureaucracies when registering a business or a start-up.