You cannot put up signpost and say it is harbour – James Gunu justifies booing of Dr. Bawumia 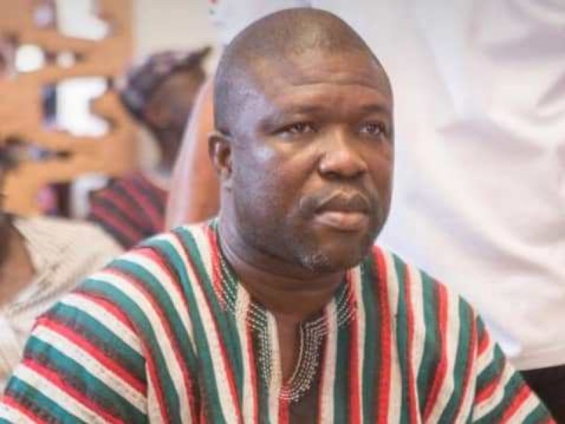 The Volta Regional Secretary of the National Democratic Congress (NDC) has justified the booing of Vice President, Dr. Mahamadu Bawumia during the Hogbetsotso Za festival.

Over the weekend, the Vice President was booed at Anlo for touting the government’s achievements despite the prevailing hardship.

Speaking in an interview on Joy FM’s Top Story on Monday, Mr. James Gunu said Dr. Bawumia should not have used to platform to talk about government projects.

According to him, there is no evidence of the projects the Vice President mentioned. He cited an example of a dual carriage road project from Ho to Sokode which has not been completed.

“If you [Dr Bawumia] took advantage of such a huge platform and you lie, definitely, you don’t need any political party to sponsor anybody but the people themselves – the people of Anlo themselves are seeing the difference between the NDC government under President Mahama and this NPP government,” he said.

He added that the NPP government cannot erect a signpost and say that they have built a harbour for the people.

But the Spokesperson for the Vice President, Dr. Gideon Baako has defended his boss. Speaking on the same programme, he said the infrastructure projects referred to by Dr. Bawumia are already in place.

“If you take the data from for instance 2009 to 2016 in terms of interchanges, you see that the interchanges that were constructed within the period were the Kwame Nkrumah Circle, the Ring Road, the Kasoa Interchange, Giffard Road-Airport shell.