Zimbabwe’s MPs to be circumcised in bid to fight HIV 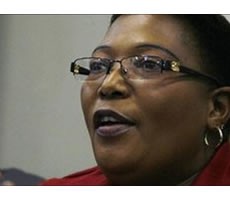 A group of Zimbabwean MPs are getting circumcised as part of a campaign to reduce HIV and Aids cases.

A small makeshift clinic for carrying out the procedures was erected in Parliament House in the capital Harare.

Blessing Chebundo, chairman of Zimbabwe Parliamentarians Against Aids, said his main objective was to inspire other citizens to follow suit.

Research by the UN has suggested instances of HIV and Aids are lower among men who have been circumcised.

More than a million people in Zimbabwe are believed to be HIV-positive, with about 500,000 receiving anti-retroviral treatment.

Mr Chebundo said more than 120 MPs and parliamentary staff had shown an interest in the circumcision programme.

The BBC’s Brian Hungwe, in Harare says that by 12:00 local time (10:00GMT), four had had the procedure performed, with more expected later.

There was a possibility that some members of the executive may also attend, including President Robert Mugabe, he added.

The circumcision programme had attracted a lot of attention in Zimbabwe, and had divided opinion, our correspondent said.

The issue was raised in parliament in September 2011, when Deputy Prime Minister Thokozani Khupe made a plea to her fellow politicians.

At the time, many MPs shunned the idea.

As well as a clinic in parliament, the initiative has seen a tent set up across the road from parliament, where counselling sessions will be held.