10 worst fights you’ll have in marriage 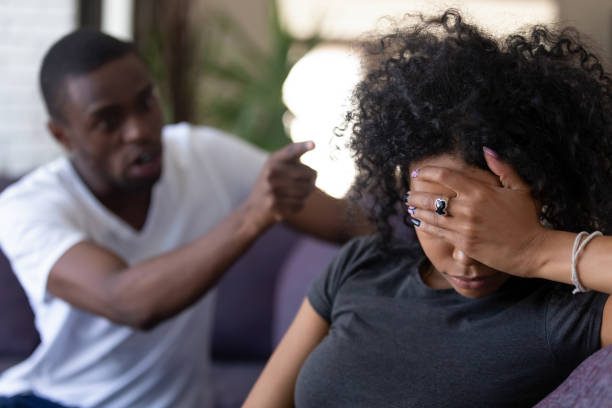 Two years. That’s about the longest amount of time a couple has until the thrill of the new wears off. It’s not that there isn’t any attraction, but a person’s physiology changes, and being “in love” doesn’t feel as good anymore.

Norepinephrine and phenylethylamine is to blame. These hormones cause us to hyper-focus on the person we’re attracted to. We experience a sense of euphoria at the thought of them (via dopamine). It’s a fantastic physical phenomenon—and necessary—as we initially bond with our partners.

Therapists, researchers, and pastors agree—love is blind. Just look at the differences in topics between pre-marital counseling and couples’ therapy! But our bodies can’t sustain the excitement forever. It’s inevitable; the exhilaration wanes.

Couples in the first stages of their relationship look past glaring differences (and potential problems) due to their initial attraction to one another. It’s not a mistake that those who date more than three years before getting married are the most likely to stay together—their eyes become clear as the “love” hormones level out.

Maybe you’re in a new relationship and there are some conversations that you need to have with your partner. Or perhaps you’ve been married a long time, and you’ll be able to relate to some of these key points of marriage contention.

He just doesn’t give me the attention (love, help, encouragement) that I need.

She doesn’t give me the respect (time, support, physical touch) that I need.

Has a friend ever cried on your shoulder about this? Maybe you’ve shared the same kind of sentiments with somebody in your own life. Even God—having said to Himself that it wasn’t “good for man to be alone”—acknowledged that mankind’s needs can’t be met in isolation.

In her Bible study, Passion Pursuit, author Juli Slattery speaks to the ability that we have in marriage to abuse our power—we can either willfully withhold meeting our partner’s needs, or we can fulfill them joyfully and readily, for the sake of unity and compassion.

Meeting one another’s needs doesn’t have to be a fight. In love, we count it a privilege.

Who? What? When? Where? Those four little question words cause huge arguments among married folks. We can get lost in the details and overwhelmed with pressure to please our families—so much so, that we forget what it meant to “leave and cleave” in the first place.

Which grandparents get Christmas with the kids? How long will we stay with Aunt Susie? What if we upset the in-laws? Where did we go last time… Is it fair?

One couple I know stopped hosting altogether. Instead of hashing out details with their families, they called it quits on opening up their home around the holidays. They were exhausted—mostly from fighting with each other and due to the stress of entertaining. Whether they were right or wrong in that moment of decision, it was painful to sacrifice quality time spent with family.

Fights over holidays and visits can be avoided. With a little pre-planning, a few sturdy boundaries, and a lot of honest conversation, couples can save patience (and their sanity) for more pressing issues.

3. Money (You Knew This Was Coming)

Does one half of the couple shop like a teenager at Forever 21 while the other tackles life with a little more savoir-faire? Do the two of you have a plan for retirement or unforeseen illness or disability?

Most of us avoid conflicts surrounding money until the situation becomes dire. This is unfortunate, since a little forethought could help us to avoid them entirely.

My friends John and Theresa had the worst fight they’ve ever had a few years ago. It was about how many payments the credit card could carry at any given time. Each time Theresa paid off the bill, a new, not-so-mysterious charge would appear. It was John. For his entire adult life he’d survived on debt and minimum payments. His parents had done the same thing.

It wasn’t until they couldn’t make the mortgage payment that the situation became dire. Theresa was ready to move out when John realized how serious their situation had become. Thankfully, they rallied together and tackled the problem before it resulted in divorce.

Monthly bills. Income. Cars. Health care. Insurance. Mortgages. Some of these topics result in the worst arguments we’ll have in marriage, but they don’t have to signal the end.

4. Household Division of Labor (And Priority of Tasks)

Fact: Married couples divide housework evenly until they have a child. After that, women take over the majority of childcare, and housework becomes disproportional. Men tend to throw themselves into work, while women strive to balance new roles. This statistic plays out, regardless of whether or not a woman has a job outside of the home.

Not all couples fall into the category described above. So whether it’s an overworked husband, wife, or simply the perception of being taken advantage of, exhaustion creeps in and tensions rise. Resentment becomes a stronghold.

When couples don’t discuss their responsibilities together, problems begin. And when the lack of communication lingers, major marital distress is inevitable

Successful couples have a game plan and they stick to it. Avoiding fights over the household division of labor is as simple as tirelessly serving one another. Now if only pride would stay out of the way…

5. If and When to Have Children (Or to Adopt)

My husband, Pete, has one brother who’s 10 years younger. That’s a big difference, so he was essentially raised as an only child. Pete never babysat, and in fact, didn’t really spend time with younger kids at all. I love telling this story because on one of our first dates, he told me that he wanted four of his own someday.

It was sweet. Of course I was polite at the dinner table, but inside, I giggled at the mental image of the chaos all those kids bring to a family. The man sitting across from me was quiet and organized. A thorough and detail-oriented physician.

Following the birth of our first son, we had a moment in our living room that I’ll never forget. We were exhausted. Our babe had been awake all throughout the previous night. Pete turned to look at me and said, “That’s it. We’re done having kids!” We both burst into laughter at the memory of his previous dreams of having four. We compromised with two.

While ours is a funny story, that’s not true for all couples. The timing and number of children can be a difficult (and an often painful) point of disagreement. Add to that the disappointment of infertility or the struggle to accept God’s will, and a great deal of trust and compassion is required of us to succeed as couples.

Be prepared—talk about building a family long before the honeymoon.

There’s no shortage of decisions that need to be made in a marriage on behalf of our kids. Organizing a family is one endless cycle of communication and bookkeeping. Keep up or be left behind, moms and dads!

Our families of origin heavily influence the decisions we’re prone to make about training up our kids. Years of habit seep into our marriages and when those beliefs clash… conflict takes over!

Parenting is a whole new world. When we seek wise counsel, give one another lots (and lots) of grace, and seek to tackle each new stage of life together, we avoid all sorts of fights. Not only that, but we come out as a stronger couple on the other side.

7. Who Will Work and When

Travis and Courtney have kids that are school-aged. He’s been teaching at the same high school since the day they met. She worked as an attorney in her pre-mama days, but they both decided it would be best for her to stay home while the kids were young. Recently, Courtney took a side job that allows her to work from home in the evenings. She enjoys it immensely and feels thrilled to reconnect to adults in her field.

Travis isn’t so thrilled about her new position, but he appreciates the income. He also likes the fact that she cares for the kids when they aren’t in school. That being said, Travis feels cheated at night and thinks that she should be spending more time with him. Courtney fights both guilt and resentment for Travis when it’s time for her to work. The marriage is tense.

Couples’ stories vary, though we all navigate the challenge of supporting our families while still honouring our spouses. These fights can get ugly, because they bring out our passion—the very foundations of our purpose. For many of us, our jobs reflect a holy calling. Couples must tread carefully—spending much time in prayer, compromising, and coming into full agreement over work decisions.

“It’s like I don’t even know who he is when he gets around his family. I thought he was going to back me up, but then he said ‘yes’ to his sister when I wanted him to say ‘no.’ He took her side when I told him that I was frustrated. He said I was overreacting.”

That was a comment shared by a newly married woman around the holidays. In every relationship, couples get tugged on from all sides—by family, work, and other responsibilities.

Sometimes our loyalties are misplaced and we “take sides” with the wrong ally. Our spouse should come first, but we’re also human.

To bounce back from a “taking sides” wound, couples must adopt an “us against the world” mentality. We may debate behind closed doors, but decisions for our families must be presented to the rest of the world as a united front.

Have you ever noticed that people function at different speeds? High, medium, and low gears? We have varying capacities for how much work each of us can accomplish in a given period of time.

Chances are good that the person you’re married to operates on a completely different speed than you. Our degrees of introversion or extraversion, our passions and talents, and our ability to manage stress, detail, and expectations all come into play when making time commitments.

Yes, this issue will cause arguments in marriage. But with communication and a deep appreciation of how God has wired each of us individually, the challenges can be overcome.

For better or for worse. In sickness and in health…

She just thought she was tired, but he’d been nagging her for months to get a check-up. He could tell that she wasn’t herself, and so he pushed. He cared more than she could ever understand. She felt judged and pressured, and they fought worse than ever before. She finally tuned him out altogether, steeling herself against the idea of visiting the doctor’s office. It was cancer.

In marriage, one of the very hardest decisions to make is allowing our spouses the control to make healthcare decisions for themselves. We want what’s best for them and love so deeply that we often alienate those closest to us in our efforts to help.

Fighting over healthcare decisions is common and it’s okay to disagree. When we remember that God is in control and supplying our every need, supporting our spouse becomes much easier.

Father, we thank you for making us gloriously, sometimes infuriatingly, but oh-so-importantly, unique. We praise you for all of creation coming together for the sake of forming a whole, yet diverse body—the Church. Help us not to focus on one another’s shortcomings, but instead, to navigate our differences with grace. Give us the humility necessary to honor the gift you’ve given to us in one another. We thank you for Your endless patience and ask for strength to serve one another well. Amen.