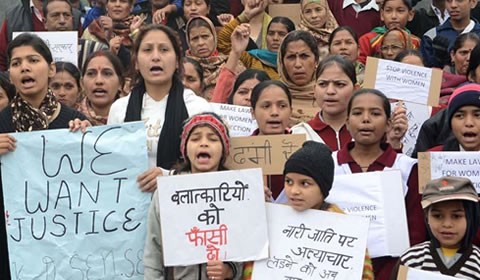 An 11-year-old girl from the Indian city of Chennai was raped by 17 men who worked in the building she lived in, local authorities said on Tuesday.

The incidents have taken place since mid-January, according to S. Rajendran, the deputy commissioner of police for Chennai's Kilpauk district. They were reported to police Sunday after the girl told her family.

The 17 men — who worked in the building as security and facilities personnel — are under arrest, according to Rajendran.
This latest case follows a string of others that have rattled India in recent months.

In a separate case in May, a 16-year-old girl was gang-raped and burned to death in the northeastern state of Jharkhand, authorities said.

Six men were accused of raping five anti-trafficking workers last month. In another case in July, three adults, including a school principal and two teachers, and 16 minors were arrested on allegations that they repeatedly raped a 15-year-old.

And last week, a lawmaker from India's ruling Bharatiya Janata Party was charged with raping a teenager. Her father was allegedly beaten to death for complaining about it.