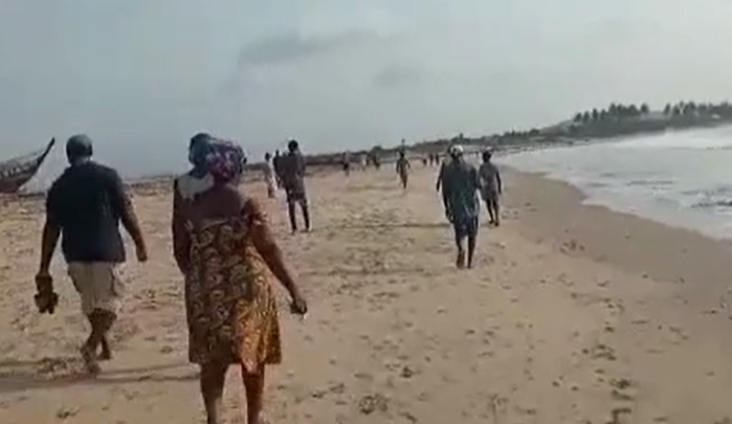 Twenty unidentified children are feared dead after they went swimming in the sea at Apam Sea, in the Central Region, Monday.

According to Adom News’ Kofi Adjei, the District Police Commander, DSP Moses Osakono, who confirmed the incident said eight bodies have so far been retrieved from the sea.

DSP Osakono said the police and a search team have been dispatched to the scene in hope of retrieving the remaining bodies.

“We were able to retrieve six bodies in the morning. We are collaborating with the DCE. My investigator is also there. So very soon, we will mobilize the bodies to see how many we have lost,” he said.

According to him, the Apam sea has been inaccessible to the public since the outbreak of the Covid-19 pandemic.

“No one has been visiting the sea. We made a clarion call to ensure no one goes to the sea. We were shocked. It was a shock to us this morning,” he said.

DSP Osankono stated that after talking to the community leaders, it has been established that the children were not seen as they made their way to the sea.

“They (the children) did not use the usual route that leads to the sea. They said the children used the path near the Apam river to the sea. Even those who are around the area could not see them.”

He revealed that there were rumors on Sunday evening that someone had drowned but the police were informed this morning of the incident, which turned out be that of the said 20 children.

After further search, 4 more bodies have been retrieved bringing to 12 the total number of deaths so far. Three other people are in critical condition and have been sent to the hospital for treatment.

According to the police, the 12 deceased are between the ages of 14 and 17. Their bodies have been deposited at the morgue of the Apam District Hospital for autopsy.