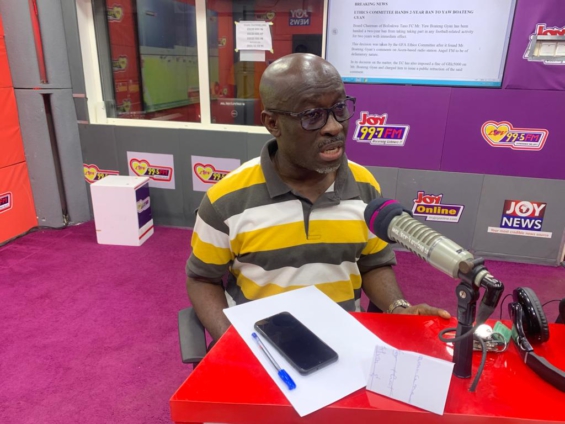 Ace football analyst, writer and administrator Osei Owusu Bempah says the expansion of the AFCON from 16 nations to the current 24 dilutes the quality of performance at Africa’s biggest football competition.

Though Sierra Leone failed to progress from the group stage, Comoros and Gambia made it to the round of sixteen and quarter-final stage, respectively.

The CAF executive committee decided to increase the number of teams in June 2017 which mirrored a similar one taken by UEFA to expand the European Championship, with 24 nations taking part at Euro 2016 in France.

The advantage, according to the then CAF president Ahmad Ahmad was that it would help more countries exposed to top-level competition while the qualifying competition would guarantee one in every two teams qualifying.

Speaking on Luv FM’s Kickoff show, the widely read football expert Osei Owusu Bempah believes the quality of the competition has been negatively affected by the increase in participating countries.

“I have not been a fan of the expanded AFCON; the reason is that it seems to dilute the quality of the tournament, and then again, we also have to accept the fact that we don’t need to necessarily expand competitions to be able to get teams that you think probably wouldn’t have qualified to be in there. So, for example, Malawi did not qualify for this AFCON for the first time.

“They qualified in 1984 and were in the same group as Ghana when there were only eight countries. So, suppose we believe that countries are developing football and progressing at the national and domestic level and stuff like that. In that case, I think that we could still have limited the number of teams participating at the AFCON.”

Osei Owusu Bempah further emphasised that a competition to accommodate almost 50 per cent of its members will most definitely be lost to excellence.

“If you look at Africa, I think we have about 51 or 52 federations making up CAF, and we are playing a tournament of twenty-four nations which means about 49% of all countries in Africa qualify for, it makes the tournament lose value in terms of its competitive nature. So I think Ahmad Ahmad’s ambitions were just too huge.”

Finally, the astute football analyst explained that the expansion of the number of participants at AFCON is also creating a huge financial burden on the nation’s commitment to host the tournament.

“Also, for most nations that intend to host the AFCON, it also puts a lot of financial burden on them. Those days you needed just two or a maximum of three stadiums to host the competition. Now I doubt if a country like Mali or Gambia can individually host the AFCON.

“Mali and Burkina Faso have co-hosted the tournament before, but looking at especially the cross-border raids that are currently going on between countries, I doubt whether we can even have this joint hosting system going forward all the time.”