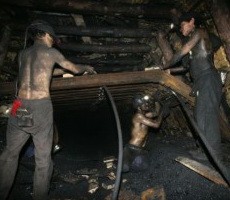 About 4,000 mine workers are to be retrenched by mining companies because of high operational cost and falling prices of gold on the world market.

According to the Chief Executive of the Chamber of Mines, Dr Tony Aubynn,  the decision to retrench the workers was a difficult one but the current market situation would make it difficult for mining companies to pursue other options.

“Over the years the cost build-up has gone up and most inputs such as cyanide, fuel and heavy duty truck tyres have gone up considerably. Additionally, internal cost, labour and taxes have also seen significant surges with time,” he said.

In an interview, Dr Aubynn said for example, the monthly minimum wage for mine workers which was GH¢100 about a decade ago, was currently $500 a month.

One of the ways out of the predicament, according to Dr Aubyn, was for the government to take a second look at the tax system in the mining sector.

The country has 23 large companies mining gold, diamond, bauxite and manganese, and over 300 registered small-scale mining groups and 90 mine support service companies.

Ghana is the second largest gold producer in Africa and it produced 80.5 tonnes in 2008. The country is also a major producer of bauxite, manganese and diamond.

Explaining the challenges confronting the mining sector further, Dr Aubynn said the other worrying reason for the imposition of high taxes was based on the perception that the mining companies were making a lot of profit, instead of the reality; which was very unfortunate.

He said the mining sector paid as much as 47 per cent as taxes to the state; which was not the best for mining operations.

The country’s current tax level, Dr Aubynn said, was the highest in West Africa, compared to that of Guinea which used to be the highest in the sub-region

Another worrying situation in the mining sector, he said, was the other assumption that mining companies were taking away the resources of the communities in which they operated.

He said currently, the chamber was in touch with the minister and calling for a roundtable for the ministry to fully understand the dynamics of the mining sector.

When contacted, some of the mining companies confirmed that they had planned to reduce the number of workers and  halt exploration because of the challenges confronting the mining sector.

Some of the workers who spoke to the Daily Graphic said they were very anxious about the retrenchment exercise.

“We don’t know who is going to go. We have families and mouths to feed, and it is scaring us. As you can see, we are not working with peace of mind, my brother,” they said.

Execute entrenchment with a human face

In another development, the Obuasi Mine Workers Wives Association, an affiliate of the Ghana Mine Workers Union, has called on management of AngloGold Ashanti to undertake its proposed retrenchment exercise with a human face, reports  Kwame Asare Boadu from Obuasi.

Addressing a meeting between the association and management of AngloGold Ashanti at the Obuasi Sports Club recently, Mrs Doris Appiah Kubi, President of the association, said the exercise could inflict hardship on them and their families.

Reducing the number of workers, especially at Obuasi, the AngloGold Ashanti, which employs about 8000 people, would not only inflict hardship on the workers and  their families but also increase the number of illegal miners, she said.

She pledged the association’s support for AngloGold Ashanti’s efforts to resuscitate the Obuasi underground mine.

In his address, Mr Mark Morcombe, Senior Vice-president of AngloGold Ashanti, asked the company’s stakeholders to assist it in the transformation of the underperforming Obuasi Mine, once the country’s leading foreign exchange earner, so that it could produce more gold at lower costs to generate income in order to meet its commitments to its social and business partners, including employees and their spouses; the people in the communities where it operates and the government as a whole”.

Mr Morcombe said: “Transforming the mine successfully would not only make the operation a major gold producer but it would help the company to generate more revenue to meet its commitment to shareholders and other stakeholders”.

He attributed the poor performance of the mine to the combination of poor underground infrastructure, escalating costs of production and the falling price of gold.