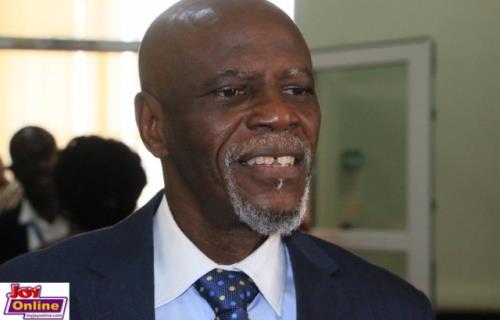 Mr Afrifa is currently facing disciplinary proceedings after his client, Ogyeedom Obranu Kwesi Atta VI had sought the assistance of the General Legal Council to retrieve $75,000 from him.

The Traditional ruler alleges that Mr Afrifa had asked for an amount of $100,000 to undertake “ways and means” to secure a favourable court judgement.

The ruler adds that after realising Mr Afrifa was not going to carry out this “ways and means” agenda, he demanded a refund and has since collected $25,000 from the lawyer.

He, therefore, dragged Mr Afrifa to the General Legal Council demanding this assigned to retrieve the outstanding amount.

Mr Afrifa, in his response to this complaint, levelled some serious allegations against the Chief Justice, Kwasi Aning Yeboah.

He claims it’s rather the Traditional ruler who had informed him that the Chief Justice had agreed to ensure a favourable ruling in his case provided he selects Mr Akoto Ampaw as a lawyer in the stead of Mr Afrifa and pay an amount of $5m.

The Chief Justice has since asked the Police CID to investigate the matter. Mr Afrifa was on Monday interrogated by CID officers and told pressmen after that he committed no crime by stating the truth.

Mr Ampaw has in a statement hit strongly at Mr Afrifa accusing him of perhaps having his own diabolical reasons for mentioning his name in the matter.

“Lawyer Afrifa must have his own diabolical reasons for trying to implicate me in this crazy judicial bribery scandal, which manifestly does not add up. That is his problem.”

Mr Ampaw in his statement indicates the following

“1. Some time at the end of July 2020, Ogyeedom came to see me at our offices at Kojo Thompson Road, Adabraka, Accra, with a request that he wanted me to take over the prosecution of his case in the Supreme Court. I indicated that it would be foolhardy on my part to take over a case before the Supreme Court that was to be heard in some two to three days’ time. I, therefore, urged him to still rely on his current legal team in the pending application and, if thereafter, he still wanted my professional services, I would be ready to hear him out.

On March 31, 2021, the Supreme Court granted our application by a four to one ruling. Incidentally, the Chief Justice, who, according to lawyer Afrifa’s yarn, wanted me to be engaged as a lawyer in the matter to facilitate an outcome favourable to my client, was the dissenting judge out of a panel of five. The records are there for anyone to access, including the media.”