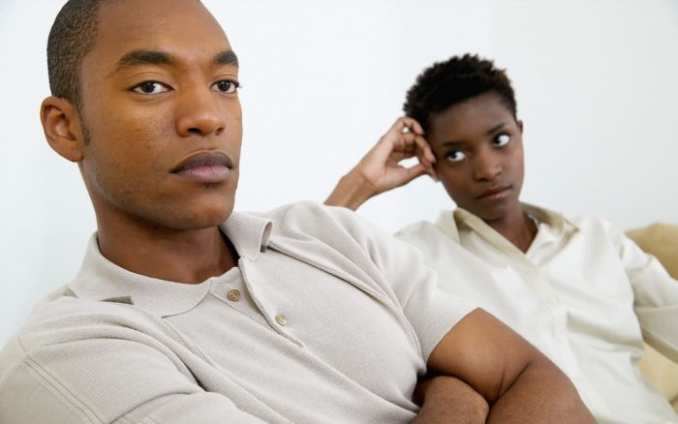 We all know that cheating in relationships is as commonplace today as it ever was in history.

Working as a relationship therapist for the last 14 years, I’ve seen countless women sitting in my office who have been devastated by discovering that their partner has cheated on them. And it’s not unusual for me to see men who are perplexed by their own behavior that has undermined a good or great relationship.

When I ask men why they have cheated, here are some of the more common excuses I’ve heard:

“If I were getting more (or good) sex at home, I wouldn’t have to cheat.”

This line is as old as dirt. Unfortunately, having a lackluster sex life with your significant other is not an automatic pass for cheating. There can be many reasons why your woman is not interested in sex, and some of them don’t have anything to do with you.

The only (healthy) way to have better or more frequent sex with your partner is to talk with them, work it out, and then have better sex. Why are they not interested in sex right now? Before laying in with a monologue about your needs, ask her how she’s doing. Listen without interrupting. Women are not as complicated as they may seem. Tell her you miss the intimacy, and why.

“All men want to sleep with multiple women. When an opportunity comes by, they’ll take it.”

The biological imperative to spread your seed was probably true a few thousand years ago. Today, however, there’s massive overpopulation, so this excuse has expired.

Wanting to sleep around is fine, but acting on this impulse while you’re in a committed relationship sets off a karmic time bomb. If you really want to sleep with multiple women, talk to your partner first, to give her the option of staying with you or going on her way. That’s the real issue behind cheating: deception takes away the other person’s free choice.

“I didn’t actually have intercourse, so it wasn’t cheating.”

This harks back to the famous Bill Clinton line, “I did not have sexual relations with that woman,” where President Clinton got us thinking, what exactly is the definition of sex?

While it’s true there are different levels of intimacy, kissing or even sexting outside the relationship can be just as damaging as sex. When you act on an attraction to someone outside the relationship, it doesn’t matter so much what you actually do. The breach was acting alone, leaving your partner oblivious to your actions, and powerless.

“If my wife were kinder/15 pounds lighter/more supportive I wouldn’t cheat on her”.

Part of this excuse, at its core, has some truth. If your spouse is not being supportive, it’s hard to get in the mood. But cheating, as a knee-jerk reaction, just sets up more pain for everyone. And physical changes, up or down, are part of what you agreed to when the relationship started. No one looks the same at 55 as they did at 25.

If you’re angry with your partner, cheating can feel like a powerful revenge (and pleasant, for a bit). In this case, you’re disrespecting two women at once. You’re getting back at your partner with a woman who you don’t think so highly of. Any potential new relationship that develops from infidelity is tainted with a sketchy beginning.

If you’re struggling with other problems, like alcohol or drug abuse, your decision-making may be affected. Cheating in that situation is a symptom of the larger issue, addiction.

Sexual compulsions are another issue. If you’re compulsively fantasizing or acting on your sexual impulses to disengage from the rest of your life, who you cheat with doesn’t matter so much, it’s the distraction that counts.

Boredom can set in at any time, but going from bored to adulterous should be given some hard thought. Unrealistic expectations, like thinking your partner will fulfill all your desires and kinks, are a companion to boredom. The Internet and its limitless supply of pornography are somewhat to blame for this, particularly with young men.

Actual women have thoughts and feelings, and desires of their own. It’s hard to be turned on for 12 hours a day, let alone 24.

4. To sabotage or destroy the relationship

This is cheating as a means to an end. Instead of breaking up with your partner outright, you cheat on her and make sure she finds out. For a lot of people, men and women, this action is easier to carry out than walking out of the relationship.

In a variation on this theme, men sometimes cheat because they want to leave their current partner, but they don’t want to be alone. Having someone else waiting offstage makes it easier to leave.

Some men are immature, no other way to put it. But it’s not a character flaw; it’s probably that they don’t have much experience with monogamy. A man might see a committed relationship as a novel idea, and not fully grasp the work that’s involved.

Some men cheat in response to unresolved trauma. In this case, you either re-enact the childhood trauma or respond to it subconsciously.

Attachment and intimacy issues are common symptoms of old trauma, and they leave you on shaky ground for monogamy. A secret sex life with other people is a great distraction from pain but doesn’t resolve any underlying issues.

Insecurity can be tied to childhood abuse, or it can arise in any man at any time. There is a tremendous amount of pressure on men in Western society to be young, handsome, rich, smart, athletic, witty, and on and on. To prop up a sagging ego, cheating works pretty well (for a little while). It’s a way to feel desired and appreciated outside of a relationship, and it’s cheaper than buying a convertible.

The bottom line is cheating on someone you love has heartbreaking consequences.

If you think you’re in danger of hurting the one you love, reach out to your partner, or a professional, to talk about what’s working or not working in your relationship. It can be a hard conversation, to begin with, but not as hard as telling your beloved that you’ve betrayed them.

DISCLAIMER: The Views, Comments, Opinions, Contributions and Statements made by Readers and Contributors on this platform do not necessarily represent the views or policy of Multimedia Group Limited.
Tags:
Cheat
Depressing