President Addo Dankwa Akufo-Addo has put the National Security and the Ministry of the Interior on alert for a possible earthquake as tremors increase.

The President has asked the two agencies to prepare for a national earthquake emergency plan that will minimise its impact if it occurs.

The directive followed the recurrence of earth tremors in Accra in recent times.

“I can tell you that the President  has shown interest in the recurrence of earth tremors in parts of the national capital and has directed  the National Security and the Ministry of the Interior to work on a national earthquake preparedness plan, with the National Disaster Management Organisation (NADMO) as the coordinating agency,” the Director-General of NADMO, Mr Eric Nana Agyemang Prempeh, tod the Daily Graphic in Accra on Sunday.

The Ghana Geological Survey Authority (GGSA) confirmed what it describes as a “moderate earthquake” in Accra with a 3.9 magnitude on a Richter scale.

The incident happen Saturday at about 11:22pm and was felt 15km away from GIMPA where the Survey Authority’s equipment is located.

It was felt in the usual suspected places like Weija, Gbawe, McCarthy Hill which is within the Ga South Municipality. It was also experienced in other areas such as Gbawe, Sowutuom, Old Kasoa Barrier, New Bortianor, Awoshie, Abelemkpe, Tabora, Achimota, Ablekuma, Kisseiman, Westland, Laterbiokorshie and Legon.

According to a GGSA senior official, Nicholas Opoku, the 3.9-magnitude recorded is the highest in 2019.

He said the Survey Authority recorded 2.6-magnitude on the Richter scale on January 13, 201,9 and 2.8 in February 25, 201,9 with the third pointing to increasing seismic activity within Accra.

“As for bigger earthquakes, one day it will come”, he said in an interview with Joy News’ Fred Smith. He predicted but “as to when is always a problem that semiologist has not been able to unravel,” he said. 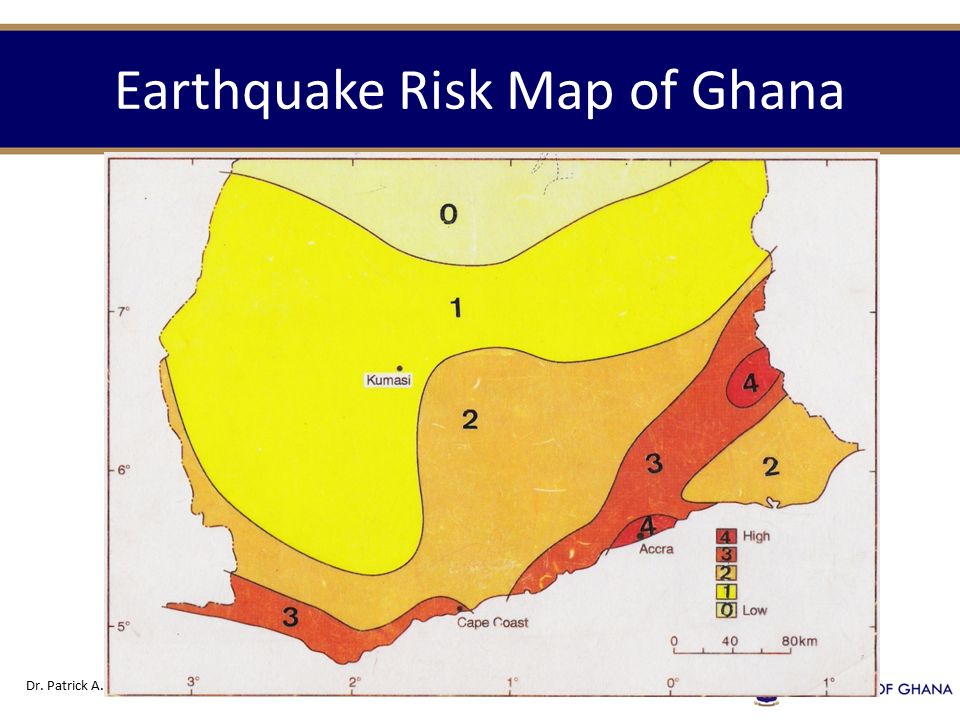 Experts believe that identifying the potential hazards ahead of time and putting in place the right planning could reduce the accompanying dangers.

“Very soon, together with the National Security, NADMO, as the coordinating agency, is going to have workshops and their inter-agency collaborations, where we will look at emergencies, including ambulance and health delivery. And I am very confident that very soon a final plan will be ready,” the Daily Graphic newspaper quotes Mr Agyemang Prempeh.

Within the seismological community, the increasing magnitude can mean the worst is ahead while others argue, the worst could be behind.

Experts believe that the best way to handle an earthquake is to “build resilience” and explained Ghana would have to take a closer look at areas where the risk is very high and consider evacuation.