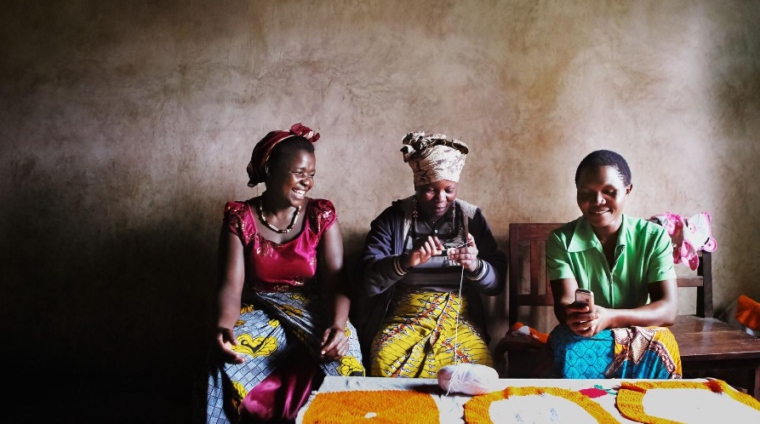 The Broadband Commission for Sustainable Development, a public/private partnership established by the International Telecommunication Union (ITU), and United Nations Educational, Scientific and Cultural Organization (UNESCO), has ratified the first multi-stakeholder study aimed at creating practical tools and actions that could enable nearly three billion more people to access and use the internet through a smartphone by 2030.

Data from a new report by the Commission’s Working Group on Smartphone Access, co-chaired by Nick Read, CEO of Vodafone Group, and including representatives from government has found that at least 76% of adults in advanced economies own a smartphone compared to only 45% in emerging economies.

The report, ‘Strategies Towards Universal Smartphone Access’, found that limited affordability and availability of smartphones, along with low consumer confidence, in part due to a lack of basic digital skills, are limiting internet adoption.

To change this, Vodafone is working hard with governments and partners in its operating markets to improve coverage and access to devices.

The report, which took a year to research and write, identifies three interventions that will have the most immediate impact on smartphone adoption:

· increased use by telecom operators of flexible device financing models;

· reduced taxes and import duties; and

Alongside these measures, the report recommends further investigation into the use of device subsidies and the re-use of pre-owned smartphones.

The Broadband Commission will create task forces to complete a five-point action plan based on its findings:

(i) initiate win-win partnerships with players across the digital value chain;

(iv) explore the use of Universal Service Funds and other government subsidies; and

To increase awareness of the problem, Vodafone has teamed up with digital artists in Africa to create emotive, visual stories that celebrate the transformative power of digital and highlight the digital divide.

One such artist is Ghana’s Derrick Ofosu Boateng, a photographer and hue-ism artist.

Still shooting and editing on a smartphone today, he has gained a large social media following and has worked with the likes of Google, Loius Vuitton and American Rapper, Common.

Talking about how smartphones have affected his community, Derrick said, “you don’t need to stress communicating something from here to someone in Europe or something.”

He added “they have also made our lives more simple. It has made information quite simple. Everywhere you can just take your phone, Google, use the Internet and just know what’s happening in other parts of the world.”

Patricia Obo-Nai, the CEO of Vodafone Ghana, said: “Driving access to internet connectivity and smartphones should be a shared concern for all if we are to make considerable progress in employment, education, healthcare, financial services and more. We need focused partnerships with businesses, governments, civil society and the private sector, to ensure that billions more people experience the transformative benefits of the internet.”

DISCLAIMER: The Views, Comments, Opinions, Contributions and Statements made by Readers and Contributors on this platform do not necessarily represent the views or policy of Multimedia Group Limited.
Tags:
UNESCO
Universal smartphone access