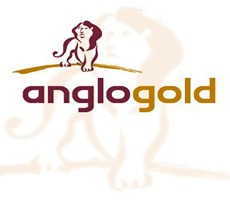 Members of the Adansiman Progressive Association are asking the government to review its agreement with Anglogold Ashanti (AGA) as the company prepares to resume operations in Obuasi.

The group comprising chiefs, opinion leaders and the youth say the current agreement will be to the disadvantage of the town which has seen little development despite 121 years of mining in the area.

The group cited a proposal by AGA agreeing to devote two dollars per ounce to the Obuasi community trust fund, an amount they insisted is inimical to the development of the town.

They would rather the contribution is 5% per ounce.

President of the group Francis Owusu-Boamah says they will resist any move to push aside their interest.

In a statement, the Association stated the agreement signed between the government and the AGA needs to be “revisited and it should involve our traditional authorities and shareholder.”

The Association said the development of Obuasi and its adjoining communities should be at the centre stage of any agreement that would be signed.

The Association was however quick to add that it is not anti-AGA. “We do not delight in creating disaffection for the company in the communities.

It is our desire to have a mining company that is a true partner for Adansiman development.”

The Association however applauded the efforts by the government to revive the Obuasi mines.