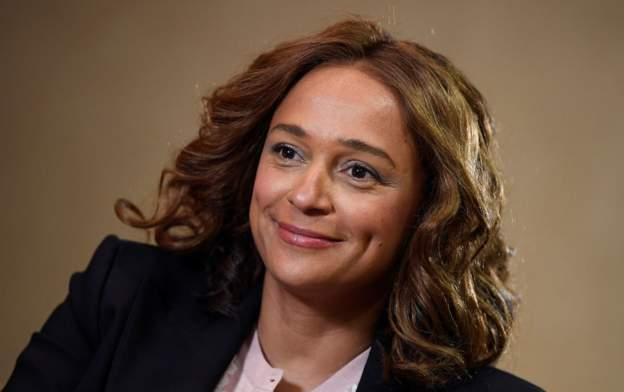 The billionaire daughter of Angola’s ex-president, Isabel dos Santos, has said she would consider running for president in the next election in 2022.

That’s despite an asset freeze and accusations of diverting more than a billion dollars of state money, which she denies.

In an interview with the Portuguese TV channel RTP on Wednesday she was asked whether she would be interested in the role of president. She answered: “It’s possible… I will do everything I need to do to defend and serve my country.”

When her father José Eduardo dos Santos was president he appointed her as the head of the state oil company Sonangol.

An Angolan court ordered the seizure of the assets and bank accounts belonging to her, her husband Sindika Dokolo and associate Mario Leite da Silva in December.

It came after accusations of steering more than $1bn (£766m) from Sonangol and official diamond trader Sodiam to firms where they held stakes.

In the interview, she denied the accusations saying it was an attack on her family and campaign against any political ambitions she has.

“We cannot use corruption, or the supposed fight against corruption, in a selective way to neutralise who we think could be future political candidates… It’s about the fight for power,” she said.