Ahinsan-Bosomtwe road to be completed by December 2021 – MCE 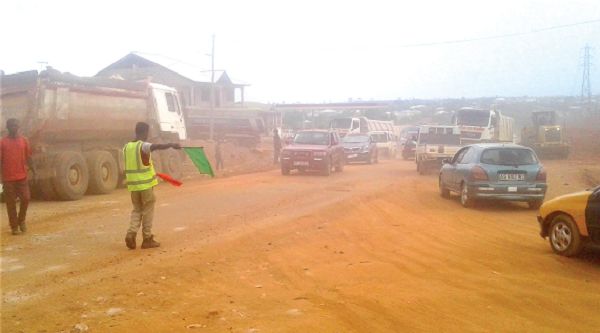 Municipal Chief Executive for Asokwa, Akwannuasah Gyimah, has assured that the Ahinsan-Lake Bosomtwe road will be completed by the end of 2021.

The construction of the road, which is expected to help ease traffic congestion on the stretch, has been delayed for months now.

Speaking on Luv FM’s Morning Programme, the MCE indicated the project will hopefully be completed on schedule.

“I believe they can finish the project by the end of this year, because they’re within the timeline. They’ve done the most difficult part of the job,” said Mr. Gyimah.

He indicated that the project stalled due to some managerial difficulties, leading to the replacement of the Project Manager.

“The Project Manager had issues with his staff. Upon hearing that, we felt the project was being delayed.

“The staff revealed to us the project was delayed because of the Project Manager. So we have to take him off and find another person to continue with it,” he said.

He indicated that the Municipal Assembly is currently facing a critical problem in pulling down structures along the stretch which have been affected by the project.

“The only challenge we’re facing is clearing structures along the stretch. Owners of buildings affected by the road construction have proven difficult to relocate. They’ve not given the contractor room to continue the project,” said the MCE.

Due to the slow pace of the Ahinsan Coca Cola to Dompoase road construction, motorists have had to ply alternative routes to avoid vehicular traffic.

The Lake Road forms part of the 260 kilometre stretch of road works within the Kumasi Metropolis and its adjoining municipalities in the Greater Kumasi metro.