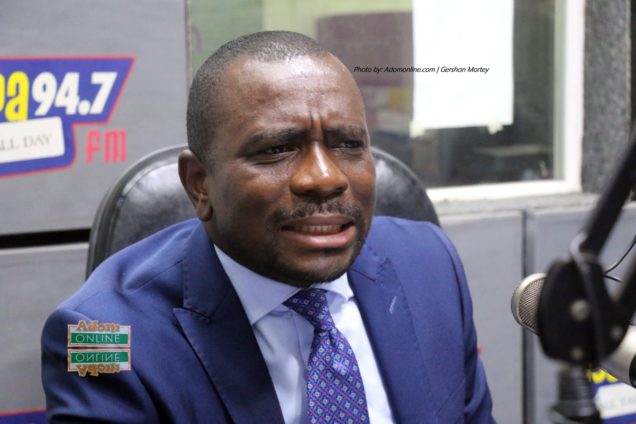 Akim Swedru MP, Kennedy Osei Nyarko, has laid before Parliament a Bill, that if passed, will allow persons with dual citizenship to hold public office in Ghana.

The Citizenship Amendment Bill presented on Thursday has been forwarded to the Constitutional, Legal, and Parliamentary Affairs Committee.

Currently, Ghanaians who are citizens of other countries are barred from holding public office, such as Chief Justice, Ambassador or High Commissioner, Chief Fire Officer, Chief Director of a Ministry, Inspector-General of Police, Member of Parliament, etc.

But the Bill is seeking to have such restrictions removed.

If passed, dual citizens can be considered for various public offices, including Chief of Defence Staff, Inspector General of Police, Ambassador or High Commissioner, Director of Immigration Service, Secretary to Cabinet and Member of Parliament, among others.

In 2019, President Akufo-Addo mentioned that a Bill was being worked on by the Office of Diasporan Affairs for such purposes.

Speaking at the Diaspora Home Coming Celebrations in Accra, the President mentioned that there were “several countries where a truthful collaboration between their overseas nationals and their governments can bring about national development and prosperity.”

“I am happy about the decision taken by the Office of Diasporan Affairs headed by one of your own, Akwasi Awuah Ababio to work on the Diaspora Engagement Bill,” he said at the 2019 event.

Over the years, several persons, especially Members of Parliament, have been prosecuted for vying for public office whilst holding allegiance to another country other than Ghana.

The recent case is that of James Gyakye Quayson, the embattled Assin North MP.

He is currently at the Appeals Court seeking a reversal of a high court ruling that ordered his removal from office as an elected Member of Parliament.

DISCLAIMER: The Views, Comments, Opinions, Contributions and Statements made by Readers and Contributors on this platform do not necessarily represent the views or policy of Multimedia Group Limited.
Tags:
Citizenship Amendment Bill
Kennedy Osei Nyarko