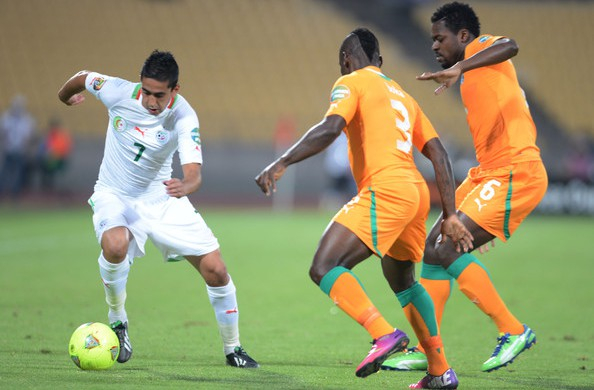 Algeria midfielder Ryad Boudebouz looks set to miss next month's Africa Cup of Nations in Gabon with a knee injury.

The 26-year-old's French club Montpellier have announced he will be out for several weeks as he needs an operation on the problem.

The club's leading scorer so far this season with seven goals hurt himself in Saturday's 2-1 loss at Lille.

Boudebouz will miss Montpellier's final three games of the year including and Tuesday's League Cup clash at Nantes.

Algeria are due to open their Nations Cup campaign on 15 January against Zimbabwe before games against Tunisia and Senegal in Group D.