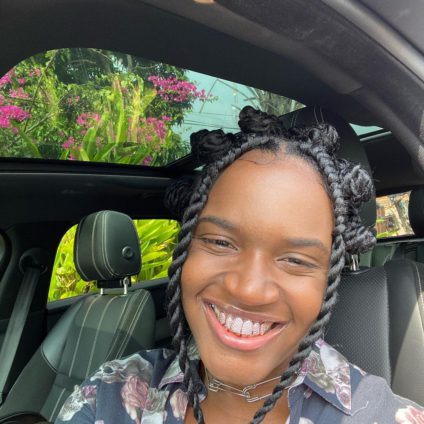 Ghanaian-American singer Amaarae has clocked a rare feat of appearance on the US Billboard Hot 100 this week.

The achievement is noteworthy because it gives Amaarae her first-ever career entry on the enviable chart.

Also, she is the second Ghanaian to be featured on the Billboard Hot 100 chart.

The pop song was remixed eventually and has since made strides on social media and across streaming platforms, the latest being a debut on Billboard Hot 100, at number 80.

Born Ama Serwaa Genfi, the artistic singer who maintains a cool mien, is a fast-rising beam of light shining through a thick cloud of arguably conservative music fans.

Amaarae, who doubles as a songwriter and a record producer, has notable works with M3nsa, Stonebwoy and Kay-Ara.

Her distinctive yet brilliant style is apparent in the 2018 music video for ‘Fluid’ off her EP ‘Passionfruit Summers, conceptualised by Mutombo Da Poet.

With three nominations in Ghana, coupled with headlining a concert in Lagos, Nigeria, and covering magazines, Amaarae is here to stay.

Expressing her joy about her entry on the Billboard Hot 100, Amaarae tweeted, “I stand for African women before I stand for anything else. I’m just trying to free the girls, for real. Every milestone is a shared victory, and another door kicked in for us.”

DISCLAIMER: The Views, Comments, Opinions, Contributions and Statements made by Readers and Contributors on this platform do not necessarily represent the views or policy of Multimedia Group Limited.
Tags:
Amaarae
Billboard Hot 100