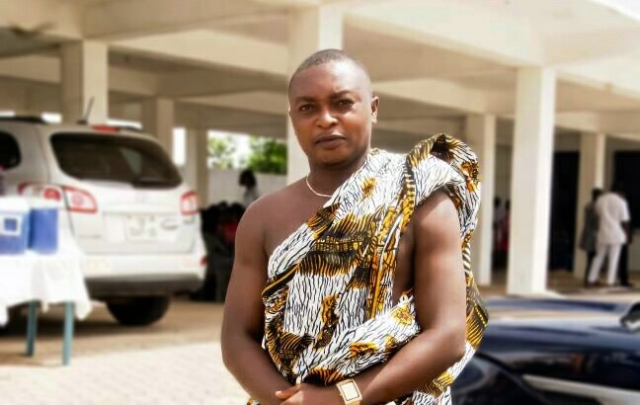 Mr. Agyapong, I have seen a new name on Social Media: The Watcher of The Watchman. No comment. I read your apology to your fellow parliamentarians online and I must say it is in order for you to realize your mistake and do the right thing since you are “not a tin god”. It was timely, too.

Our people of old often have an adage that goes like ‘he who draws the line may not know his back is crooked unless prompted’. In a similar vein, ‘sense does not reside in one man’s head’. Just as the elderly can give a word of advice to the younger ones, so can the latter do unto the older generation after a critical observation has been made.

As a concerned citizen, it will be prudent on my part to sing of a personalities’ praise when I smell progress and at the same time, nicely critique what I see awkward in the affairs of the state.

This is what I believe His Excellency Nana Addo Danquah Akufo-Addo endorsed by telling the entire Ghanaian populace not to be “spectators, but citizens”. It is of this view that I write to you, dear Mr Agyapong; as a son, a brother and above all, a concerned Ghanaian to consider my candid observations and work at it.

This is because I know as a nation with a common destiny, our God-given responsibility is to make this land a better place for ourselves and ease the suffering of the generations unborn.

I have seen you at work and read so much about your goodness to your people. It is evident that you are a hardworking businessman, generous and at the moment, I think your love for your constituents is unmatched. This is why I believe God and the people have maintained you for five consecutive electioneering periods as the representative of Assin Central Constituency in parliament.

Indeed, all that the stomach requires is satisfaction. All they need is an improvement in their lives and I believe you are doing well in calming their worries. Your generosity towards them has spread abroad. I recall reading in the dailies six years ago of how you were always present in parliament, visiting them at their doorstep to listen to their problems, how you were moved with compassion to assist them in paying their school fees, health bills, and providing employment and business avenues and even money for their upkeep.

But with all due respect honourable, there is a black rope stringed around the narrative!

Recently your voice, pictures and videos are all over the place. It is not surprising for you to be in all facets of the media, but the way the stories surrounding it unfold does stink in the ear and to a larger extent, should not be heard coming from such an influential figure in society.

From the time the war of words started between you and Afia Schwarzenegger, through to honourable Muntaka Mubarak charging you to bring a showdown, and your recent comments about Anas’ expose titled Number 12 which extended to Kweku Baako and many others. All these times, I saw how you were emotionally charged and furious and using some uncouth language to describe some people and threatening to disclose “secrets”. Sir, kindly tone it down, because the continuous ranting will not bring an end to the problems you are seeing.

What broke my heart was the way you openly disrespected your fellow parliamentarians and called them names recently (thank God you have apologized). That was the straw that broke the camel’s back, and I am afraid to say I felt ashamed to have been one of your loyal followers, honourable.

Back in the day while growing up, I read the look on my parent’s face to detect when they were quarrelling, but they did them “professionally” and solved such issues their own way in a short and private manner.

Yes, I know that at every workplace there are issues as planted in any human environment, but we often handle them cautiously to avoid unfair criticisms and to allow what unifies us to stay alive.

You may not care about what people say behind your back, but our fathers say that, if bad names do not affect you, they inadvertently affect the reputation you wear (Nimo aantumi wo aa, etete wo ntoma).

Yes, we know Anas’ methods may be questionable and he may not be as bright as the “Angel” he paints himself in his investigative pieces and you may have evidence about his alleged shady deals, but, ask yourself: after complaining so much to the camera, does it solve the problem and for how long will you continue this exercise? You know the best way is to use your power to approach the appropriate institutions to get them solved than to make loud threats on the airwaves, okay honourable?

Not long ago, you were busily bragging that the money you receive as a parliamentarian is a “chicken change” and cannot take care of you. I do not know if you have ever heard of how rich some personalities are in the United States of America and other developed countries. They own dozens of hotels and skyscrapers yet make less noise in the media. Even God, in all his infinity, considers man his co-equal and always comes down to listen to his prayers.

You once threatened to expose the NPP on how they captured power in the 2016 elections. That was when I realized you are a foe to the party you claim to be loyal to and they must watch your movements carefully because what you are voicing out is betraying your fidelity to them.

I have not seen a good leader in any kingdom who seeks to divide his very followers. I wonder if your close allies have not taken notice of this or they have refused to tell you behind closed doors.

Per my observations, you seem to have betrayed the trust of the people in your constituency. Needless to say, your recent outbursts are coming in at a period when this country could only shamefully boast of having just 56 ambulances catering for close to 30 million Ghanaians, and when the result of having insufficient beds in hospitals is seeing more innocent lives being lost.

It also goes without saying that the country is facing a high rate of unemployment which in part is a threat to national security because country folks would then resort to all manner of untoward vices to survive. Aside from these, the nation has resorted to borrowing and increasing its debt stock among other trivial issues.

Sir, the above are only a few issues that are eating deep into the economic and moral fibre of this country, and I believe must be accorded the needed attention. They must be raised by dignitaries like you in parliament to find lasting solutions. You have the platform, please use it wisely.

I am of the firm conviction that many Ghanaians would not sit and spit if you were on the international front using your knowledge and skill set to sell the country and attract investors. Sir, I believe these and many more are the reasons the people voted for you.

With all due respect, this is not the best time to be chasing pieces of evidence to expose people because that is not your job.

As it stands now, you are indirectly telling us you fear to be exposed and so, you are laying the necessary foundation to prevent being caught. Yes, because every murderer fears lying prostrate, or that is not the case?

As it stands sir, your actions have cast a fog of doubt in the minds of Ghanaians and your goodness is fading by the click of the clock. This is something which should not be happening.

You are busily dragging the already tarnished image of your party into the mud with your misdemeanours, and Ghanaians are gradually becoming tired of your continuous outbursts in the media.

I am foreseeing that soon Ghanaians may no longer tolerate your ways because they would know you as a “regular nagger”. You are seriously abusing the power that has been vested in you.

Kindly think of this injury you are causing and revisit your first love. I will humbly suggest you go back to whatever sincere drive that brought you into power: when you saw the plight of the people, how their cries caused you to shiver, how their worries traveled through your veins, into your blood and through to your heart that you wanted to give your all to change their story.

Just as Boris Johnson (of Great Britain) said, I believe “it is not too late” to redeem your image and regain the trust of Ghanaians once more. This is why they projected you to this papal seat to help transform their despair and change the already miserable look of Africa’s Ghana.

It is in view of this that I write to you to reconsider the grave effect of your actions, for there is more work to do than to nag. Our people have suffered enough. The time is now to do our very best for posterity will judge us all soon.

It is your fellow Ghanaian, Obiri-Yeboah Maxwell.