ANALYSIS: How Manchester United are likely to line up next season 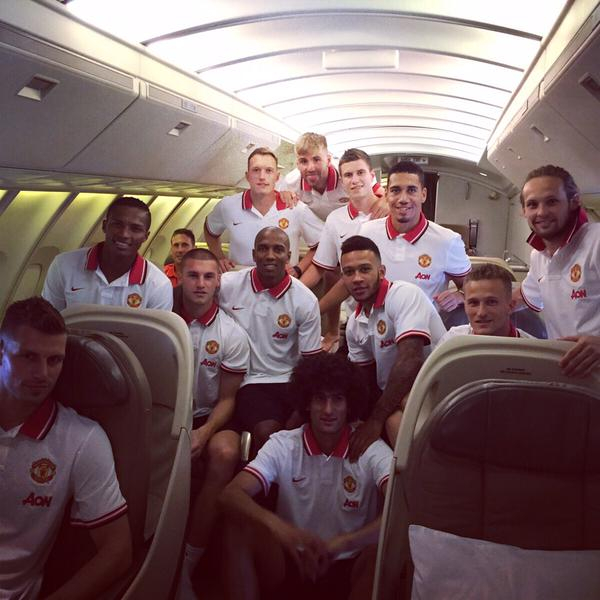 Louis van Gaal embarks on his tour to the United States for the second time in two years. His role as Manchester United has not changed neither have his backroom staff seen any major changes.

The only difference this year is; Manchester will begin their pre-season tour with four new signings as compared to last year where he could only count on Ander Herrera. Memphis Depay, Leandro Darmian ,Bastian Schweinsteiger and Morgan Schneiderlin have joined the Old Trafford side already with rumors reporting of a defender and striker still to come.

How are Manchester United likely to shape on the 8th August where they face Tottenham?

1.    4-3-3
This has been the Dutchman’s speciality since his days with Barcelona. The experienced coach utilized this system in his second spell with the national team prior to the World Cup but only changed in the build-up to the competition itself as he was without Kevin Strootman. Manchester United used this system getting to the tail end of the season which saw them produce magnificent performances against Tottenham, Liverpool and Manchester City.

The Dutch gaffer is more inclined to lean to this system especially with the presence of Memphis Depay who can play both on the wings and as a striker as he will combine creativity with goals. The midfield trio will consist the two midfield signings with the Frenchman Schneirderlin sitting at the base of three.

Louis van Gaal began his United career with this system which saw the Red Devils struggle. The Dutchman could argue he did not have the right materials to execute this template last season but after acquiring his preferred targets, the tactician could consider going back to this system. After all, this system fetched a World Cup bronze medal which included a 5-1 thrashing of then World Champions Spain.

Luke Shaw will be settled after having an inconsistent first season. The major headache for van Gaal will be the role behind the two stikers. Wesley Sneidjer played that role excellently in the World Cup, dropping deep to make a midfield three and offering the needed support in the final third as well. Mata, Di Maria, Fellaini and Herrera are all candidates for this role but Herrera could nick it as he offers more mobility and work rate. The ability of Darmian to play across the back will come in handy as he will be able to slot into a center half position.

4-2-3-1
Louis van Gaal used this system in his spell at Bayern where he permanently dropped Schweinsteiger to the middle of the field. The Bavarian side clinched the Bundesliga and lost to Inter in the Champions League final. The three behind Mario Gomez were Robben, Muller and Ribery who combined skill, flair, work rate and goals to aid the team’s cause.

With Schweinsteiger’s arrival and Schnederlin’s impressive work rate, van Gaal can recreate a version of the 2010 Bayern squad at Old Trafford with Depay and  Di Maria providing the magic down the wings. Once again the role behind the striker will be vital with Mata set to battle it out with Herrera. The arrival of a proven striker can also see Rooney dropped into his much preferred number 10 role where he will have the license to operate.

At some part of last season, Louis van Gaal used this system which saw the team record mixed results.This system dwells heavily on midfield numbers and with United have close to six players in midfield positions, the diamond could just be used by the Dutchman. It is unlikely it will be often used but van Gaal is a proven expert in springing surprises and this system could just be an option on the card.

This system sees Di Maria play a left sided central midfield role. The Argentine excelled in this role in his last season at Real Madrid and the shift in this role at United could see him get the needed spark to revive his United career which has come under scrutiny. Ronney and Depay wiil provide mobility and goals up top. Schweinsteiger played at the tip of the diamond in Bayern’s Champions’ League encounter against Barcelona as a wider role might be too hard for him to cope or exert his influence.

Wayne Rooney will benefit most from these signings as he will spend most of him time up top or in his favoured number ten role.

The likes of Michael Carrick, Daley Blind, Marouane Fellaini and Ashley Young were not mentioned in the teams but they are equally important as the starters as a squad with depth of quality can challenge for trophies on all fronts.