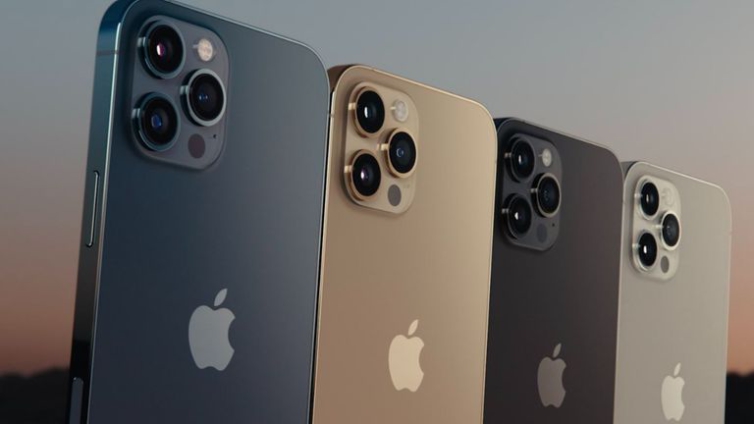 A month after holding its first September event for years without announcing a new iPhone, Apple has released four models in its new iPhone 12 range, all of which are 5G-compatible.

They include a new line for Apple in the iPhone 12 Mini, which measures just 5.4in from corner to corner, making it the smallest 5G device available in the world and will retail for £699 from 6 November.

All four of the devices share a new design including a more squared edge, similar to the iPhone 4 and 5, but with edge-to-edge OLED displays and a notch at the top for Face ID.

Both of the iPhone 12 Pro phones have some of the most advanced features which Apple has designed in a smartphone, with the iPhone Pro Max being able to record video in Dolby Vision HDR, 4K and 60 frames per second.

Apple is also including a LIDAR system previously used in the iPad Pro to enhance the iPhone 12 Pro Max’s augmented reality features. The laser system measures depth, allowing the phone to calculate the relative size of an environment just by scanning it.

The rear cameras on the Max are a big selling point for Apple, which said they allowed the phone a 5x optical zoom and worked with the device’s A14 bionic chip and LIDAR sensor to make the device suitable for professional photography and cinematography.

The A14 was first released in the iPad Air 4 back in September, when Apple described it as “by far the most advanced we’ve ever made” including transistors so small they “challenge the laws of physics” with about 11.8 billion on a single chip.

“We’re talking about a scale so small, they’re measured in atoms,” Apple said.

The company confirmed that these new iPhones would be shipping without headphones or plug adapters as part of its mission to be 100% carbon neutral across its entire business, instead just including a USB-C to Lightning cable.

Apple claimed the change cuts over two million metric tons of carbon emissions annually, partially due to how much smaller the box is, thus taking up less space when being shipped.

Apple also announced a new HomePod Mini, a smart speaker competitively priced at £99 to compete with the Google Nest Audio device and the Amazon Echo (both £90), which is released alongside the iPhone 12 Mini and Max in November.