Appreciation from the NPP for a successful conference 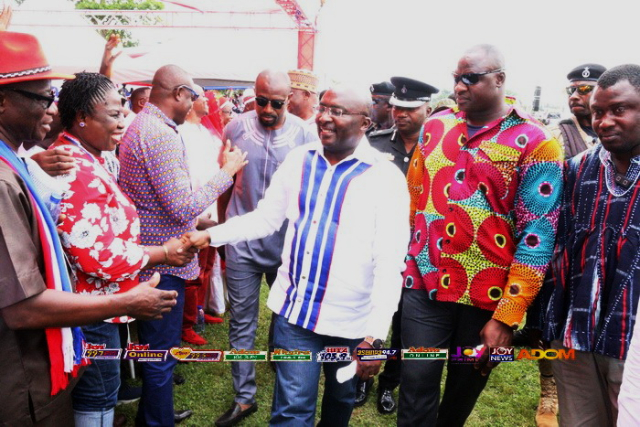 The NPP expresses its heartfelt appreciation to the party's rank and file on the occasion of the successful organization of the just ended 2018 National Annual Delegates Conference which came off in Koforidua, the Eastern Regional capital over the weekend to among other things, elect National Officers.

The NPP has undoubtedly, once again given reasons to justify why the party is being held in high esteem as the citadel of democracy making her the envy of all political parties particularly in Ghana and across the continent of Africa.

The party is thankful to the Almighty for a successful conference and also applauds the delegates, the national elections committee, the various contestants and their teeming supporters as well as ordinary party sympathizers who played diverse roles to ensure that the conference came off successfully.

The party is also grateful particularly to His Excellency President Nana Akufo-Addo as well as His Excellency Vice President Dr. Mahamudu Bawumia, Former President John Agyekum Kufour, Chief of Staff, Ministers of State, MPs, MMDCEs, CEOs and other government appointees, chiefs, members of the diplomatic corps, the electoral commission, sister political parties, the media, the scurity agencies and indeed all stakeholders who assisted in diverse ways towards the attainment of this historic feat. Clearly, the NPP, rather than individuals, is the ultimate winner.