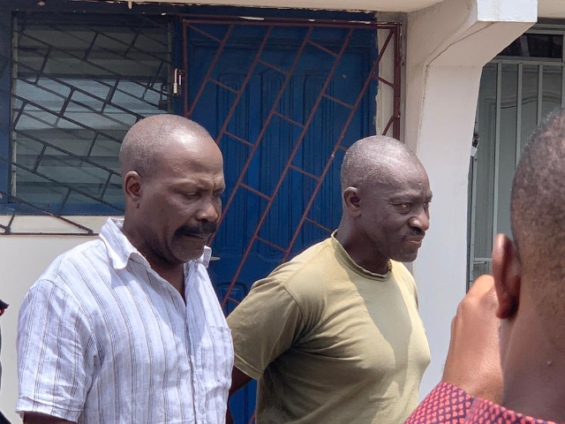 A Senior Military Officer, Col. Samuel Kojo Gameli, who is standing trial for his alleged involvement in a coup plot has told an Accra High Court he feels intimidated by the presence of armed soldiers at the court.

His lawyers led by Eric Pongo told the court that the soldier is on bail and does not require his colleague soldiers to show up in court anytime there is a hearing.

Col. Gameli and nine others including Senior Police Officer ACP Benjamin Agordzo and medical practitioner Dr Frederick Yao MacPalm are facing the charges of treason felony, abetment of treason felony and possession of firearms and ammunition without lawful authority.

They are said to have been engaged in an elaborate plot that was geared at toppling government. They have since pleaded not guilty.

The state was to call its first witness for the trial to commence.

This, however, did not happen as two of the accused persons currently in custody at the Nsawam prison were not brought to the court.

The lawyer for the Senior Military Officer then took the opportunity to raise the matter. He said his client feels intimidated by the soldiers who show up in court and follow him around.

A lawyer at the Ghana Armed forces Squadron Leader Sandra Adusa Nana Agyemang, told the court it was part of the military protocol for such a senior officer to be accompanied.

She insisted the accompanying Officer was actually not armed and was of equal rank as Col. Gameli. His presence, she added was to provide “moral support” and does not amount to “following around”.

Lawyer Pongo insisted such support was not needed. Trial Judge, Justice Samuel Asiedu responded that the court is a public place and would have been an issue if they were infringing on his liberties.

DISCLAIMER: The Views, Comments, Opinions, Contributions and Statements made by Readers and Contributors on this platform do not necessarily represent the views or policy of Multimedia Group Limited.
Tags:
ACP Benjamin Agordzo
Alajo coup plot
Dr Frederick Yao MacPalm