Asamoah Gyan to outdoor band and launch album on Dec 29 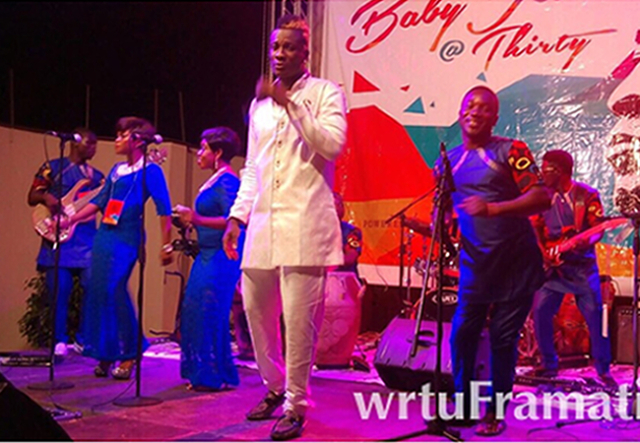 The footballer, who is also a musician, will also use the occasion to launch the band’s maiden album, ‘Fly Away’.

Expected to attract some of the biggest names in the Ghanaian entertainment, sports and business sectors, the event will witness performances from the Asa Band led by Asamoah Gyan himself popularly known as Baby Jet.

Apart from the Asa Band, the event will also witness performances from Kwabena Kwabena, Stonebwoy, Jupitar, Steve Bedi and a host of others.

The source said Asamoah Gyan has been nursing the idea for the band “Since he started music with Castro,” and it is borne out of “His passion for music.”

The Black Stars captain, Shanghai SIPG of the Chinese Super League star, has been featured on three hit songs in recent years by Castro, known in real life as Theophilus Tagoe.

Castro and his female companion, Janet Bandu, went missing on Sunday 6, July 2014 while jet skiing in the waters of Ada in the Eastern region.

Castro and Black Stars captain, Asamoah Gyan were at the Peace Holiday Resort, a beach resort in Ada, together with some friends, for recreation when the unfortunate incident occurred.

Gyan first became famous for his music in the lead up to the 2010 World Cup with the release of the hit song ‘African Girls’ – a collaboration with Castro.

The duo released another hit collaboration soon after titled ‘Do the Dance’ before releasing another hit song ‘Odo Pa’ featuring Kofi Kinaata.