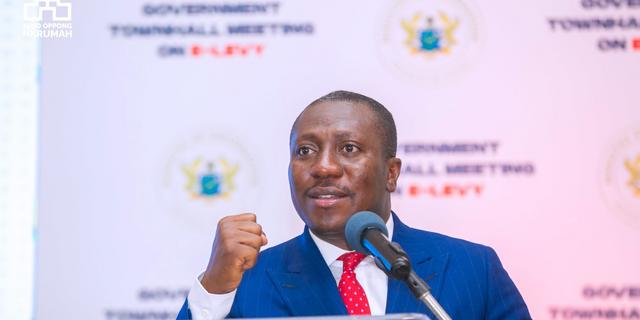 Deputy Majority Leader, Alexander Afenyo-Markin has described as a clear attempt to sabotage government business, a directive by former President John Mahama to NDC MPs not to support non-concessionary loans requests by the government.

The former President at a launch of a think tank, Think Progress Ghana directed the NDC caucus in Parliament not to participate in the approval of any loan without a clear purpose.

But Alexander Afenyo Markin said the move only smacks of bad faith motivated by an agenda to slow the pace of economic recovery and development.

“It is an attempt to hoodwink Parliament and obstruct parliamentary politics in a way that will lead to a standoff. This particular facility, we have had several discussions as leadership, as a committee and both sides of the House have been well briefed. If all of us have the nation in mind, we will rise above some partisan interest,” he said.

At the center of this controversy is the 1 billion dollar syndicated loan awaiting parliamentary approval. The money, when approved, will be used to finance capital growth and related expenditure in the 2022 budget.

John Mahama at the launch of Think Ghana on Thursday said the Minority group will not rally its support behind the $1 billion syndicated loan agreement government is seeking from banks.

He added that the National Democratic Congress (NDC) will not take part in any action that can cause the destruction of the country.

“In view of the above, we in the NDC cannot lend support to the 1 billion syndicated loan agreement. We wish to serve notice going forward that the NDC in Parliament will not support any further non-concessionary borrowing or loans that are not project specific,” he said.

Meanwhile, Ranking Member of Parliament’s Finance Committee, Dr. Cassiel Ato Forson, has said the directive by John Mahama is a three-line whip the NDC MPs are going to strictly abide by.