Assemblyman, 3 others granted ₵70k bail each over bloody clash in Dedeso 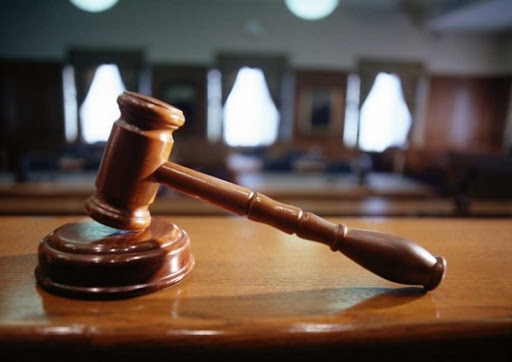 Four residents of Dedeso, including an assemblyman, have been put before the court for their alleged involvement in a clash that left four persons seriously injured a few months ago.

They were charged with conspiracy to commit a crime, causing harm, and causing damage when they appeared before a Koforidua Circuit Court.

They, however, pleaded not guilty to the charges.

The court presided over by Mercy Addai Kotei admitted each of them to a ¢70,000 bail with two sureties.

The accused persons, Michael Teye Sackitey (a Teacher), Randolph Tetteh (Assembly Member), Samuel Batsa, and Simon Tetteh, were arrested and arraigned for their alleged involvement in bloody clashes between them and armed thugs that invaded a land under dispute between Akyems and Krobos in the area.

The others are Freddie, Course Trouble, Kofi Asare, Ossom Akwetey, and Bullet.

The facts as stated by the prosecutor, Chief Inspector Owusu Ababio Kejeer was that, on June 26 at about 9:0 am, the regent of Begoro Traditional Area mobilised a group of men numbering about 20 from Begoro, Apaa, and Nsawam communities.

They armed them with his personal pump action gun and cutlasses, hired a Nissan Mini truck with registration number GW 1551-21 and two motorbikes.

They are stated to have delegated one Nana Barffuor Bimpong to take them onto the disputed land at Perteifoo junction.

He said the Chief asked thugs to take the lead as he went to Dedeso to the Police station for more men.

The thugs, upon reaching Ashaiman Kope, a village near Dedeso, met three persons said to be Krobos on a motorbike.

They identified the rider as one of the people claiming ownership of the disputed land during their previous visit, hence jumped off the truck and started beating them.

The Krobo inhabitants, he explained after hearing the incident, mobilised and armed themselves with guns and cutlasses and rushed to the scene to fight the thugs.

According to him, they outnumbered the thugs, brutalised, and inflicted multiple cutlass wounds on two of the thugs, namely Godfred Blewusi, 29, and Stephe Tetteh, 28.

The rioting residents, he said, drove two Hyundai mini trucks to block the road and subsequently set fire into it.

They also allegedly ransacked a room belonging to a farmworker for the regent of Begoro.

The arrival of Police personnel from Begoro helped to restore calm. The Police rushed the two victims to Begoro government Hospital, where they were admitted, treated, and discharged.

The accused persons were arrested on August 9, at the premises of Begoro District Court.

Randolph Tetteh was pointed out during a parade for his involvement, but later the regent of Begoro also pointed out Samuel Batsa as one of the suspects.

Surprisingly, the 20-armed thugs who invaded the community were not present in court.

It is yet to be established why none of them has since been arrested.

Dedeso is a VRA resettlement acquired by the government in 1969 through Executive Instrument (EI.54).