Court grants bail to 3 who assaulted a beauty pageant contestant 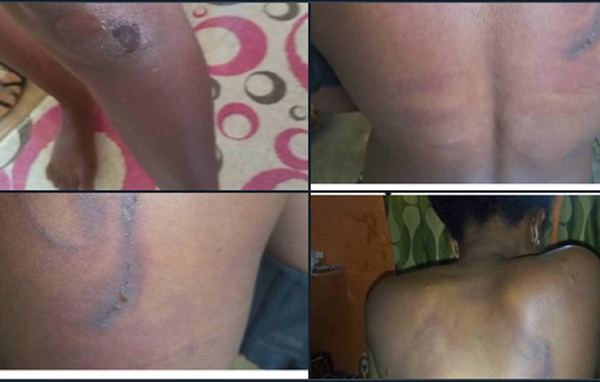 A Koforidua Circuit Court has granted bail to three persons in the sum of ¢30,000 and two sureties each for assaulting the Miss Commonwealth Beauty pageant Nana Ama Essien who was accused of stealing.

They are Yaw Sofahu, popularly known as Togbe Shitor, a fetish priest residing at Akyem Kukurantumi, Princess Duncan, a model/actress and Chief Executive Officer of Ms Commonwealth Pageant Limited and Isaac Evra who lives in Accra.

The Court presided over by Ms Mercy Adei-Kotei, also ordered the three accused persons to deposit their passports at the registry and they are to re-appear to the Court on November 30.

Assistant State Attorney, Ms Akua Adiyia, presenting the facts to the Court, said in July this year, the second accused, Princess Duncan returned from the U.K to organize a beauty pageant dubbed “Ms Commonwealth” and hosted contestants for three months of which the complainant Ms Nana Ama Essien was among, at petroleum estate, a suburb of Abeka lapaz.

She said during the period that the contestants were housed for the event, there had been series of reported thefts among them and one of the contestants reported a theft of ¢500 from her mobile account.

On October 8, 2019, Princess Duncan and Isaac Evra, the second and third accused respectively tricked the complainant, Nana Ama Essien to join a waiting vehicle against her wish, together with seven others and drove to a shrine at Akyem Kukurantumi to consult an oracle to identify the one behind the persistent theft.

The Assistant State Attorney said upon reaching the shrine, Togbe Shitor, the first accused, gave one fresh egg to each of them and made it known to them that the one whose egg did not break upon hitting the ground was the culprit and asked them to throw the eggs on the ground one by one.

The complainant’s egg failed to break after hitting the ground and she was therefore accused as the culprit, to which she insisted she knew nothing about it.

However, Tobge Shitor caused his shrine attendants Zomatsi James and Kodzo Robert who are now at large, to beat the complainant with the flat side of a machete and she sustained blisters and abrasions at her back.

The complainant’s small left finger was also dipped in boiling oil, causing her to sustain blisters on the finger and she was made to crawl on her knees resulting in injuries to her knees.

On October 11, the complainant reported the case to the police and was issued with a medical form to attend hospital for treatment, the accused persons were subsequently arrested on October 14 and arraigned.

DISCLAIMER: The Views, Comments, Opinions, Contributions and Statements made by Readers and Contributors on this platform do not necessarily represent the views or policy of Multimedia Group Limited.
Tags:
Koforidua Circuit Court
Miss Commonwealth Beauty Pagent
Nana Ama Essien