Ato Forson pleads not guilty to charge of causing €2.3m financial loss to the state - MyJoyOnline.com

Ato Forson pleads not guilty to charge of causing €2.3m financial loss to the state 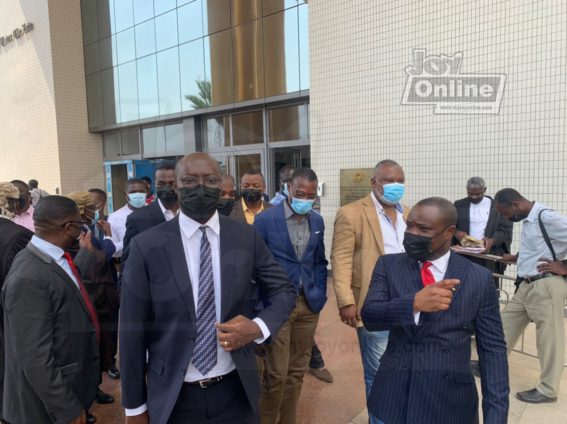 Former Deputy Finance Minister, Cassiel Ato Forson, has pleaded not guilty to the charge of causing a €2.3 million loss to the state.

Two other accused persons, Sylvester Anemana, a former Chief Director at the Ministry of Health and Richard Jakpa, a businessman, also pleaded not guilty.

They were all granted bail in sums totalling ¢8 million.

The case relates to the procurement of some 200 ambulances by the Prof John Evans Atta Mills and John Mahama governments.

Documents filed by the A-G’s office traces the events culminating into the alleged crimes, from a 2009 announcement during a State of the Nation Address of plans to procure ambulances for the country.

The third accused person, Richard Jakpa, is said to have used his company, Jakpa at Business, to present a proposal and term loan to the Health Ministry, which he claimed to have arranged from Stanbic Bank to finance the supply of 200 ambulances to the government.

According to the A-G, Cabinet endorsed an Executive approval for the project.

Mr Forson, after pleading not guilty, was granted self recognisance bail in the sum of ¢3 million.