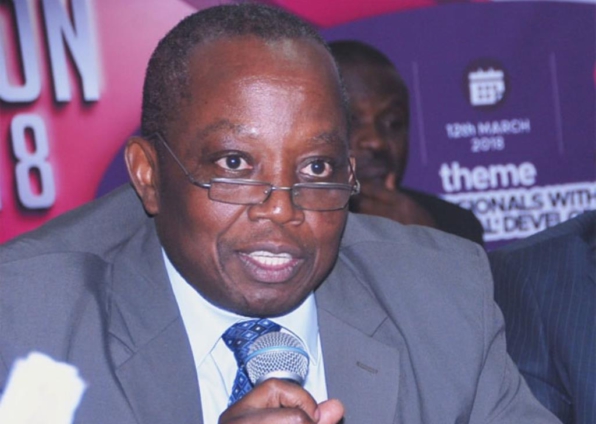 Former Auditor General Daniel Yao Domelevo has revealed that the Audit Service employees who helped him raise issues of financial impropriety in the Kroll case have been demoted.

He stated that one of them has been transferred to the Central Region for helping him, in his fight against the former Senior Minister, Yaw Osafo Marfo

Speaking during the Domelevo Accountability Lectures organised by the Friedrich-Ebert-Stiftung on the theme, “Can a public officer fight corruption without political backing,” he stated his heart bleeds for the current state of the Audit Service he once headed.

He disclosed that since the President forced him to take his leave and subsequently asked him to proceed on retirement, “all the people who were associated or identified to have a role to play in the audit of the Ministry of Finance which resulted in the Senior Minister’s issue, have had their share.”

Mr Domelevo cited Deputy Auditor General in charge of Central Government Audit, who has been demoted two steps lower and the lawyer who led the case in court has been transferred to Cape Coast.

In March this year, President Akufo-Addo directed then Auditor-General, Daniel Domelevo to proceed on retirement.

This came barely 16 hours after he returned from his 167-day accumulated leave on March 3.

The directive, according to a statement signed by Secretary to the President, Nana Bediatuo Asante, stems from an indication by the Audit Service Board that Mr Domelevo has exceeded the eligible age to remain a Public Servant.

Subsequently, the Audit Service Board announced that the then Auditor-General is deemed to have retired in June 2020 in accordance with information from his personal records.

“The President thanks you for your service to the nation and wishes you the very best in your future endeavours,” part of the statement from the presidency read.

DISCLAIMER: The Views, Comments, Opinions, Contributions and Statements made by Readers and Contributors on this platform do not necessarily represent the views or policy of Multimedia Group Limited.
Tags:
Daniel Yao Domelevo
Ghana Audit Service