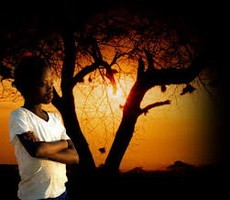 Inside the neatly decorated living room of 42-year-old Mary Kufuor, a little girl blubbers and saunters around holding a gun.

The gun is loaded but with only with water because it’s a mere plastic toy with which Nana Yaa, a 10-year-old autistic girl, plays.

Nana Yaa was diagnosed with the disease when she was six years old; but the first person to point that out was not a doctor, she was Mary’s visitor.

“There’s this peace corp volunteer who came to visit at the time and just 15 minutes of being in my house, she just said Mary I think your child is autistic and that’s the first time,” Mary Kufuor told JoyNews’ Hannah Odame.

The reality, the shock

Mary was shocked to learn about her child’s condition. As a mother, Mary wondered how she would grapple with the reality of caring for a child who would live with a life-long disability that makes her unable to talk and communicate properly.

“I was in a state of denial and for almost three years I was still visiting the prayer camps praying and hoping for the miracle to happen. I did seek spiritual support, went to churches, did the akwankyere or directions.”

But Mary had to adjust to the situation as she “came to my senses and I started reading about it and I could see that it’s indeed autism so the earlier I accepted it and lived with the reality, the better.”

It’s common practice for parents of children diagnosed with autism to keep them away from the public. Some would even wish that their child had died.

But that’s not the case for Mary Kufour

Mary Kufuor’s shock was worsened by the fact that many doctors had earlier told her, her child could talk. None of them diagnosed her child with autism.

Autism is a neurodevelopmental disorder which leads to impaired social interaction and is often identified after 18 months.

But according to Mary, the doctors told me “you’re just a worried mother, your child would talk again.”