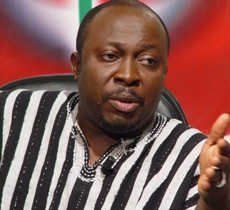 Deputy Minister of Information, Baba Jamal says government is committed to free press but was worried about some media contents.

He said government would therefore meet with the various media organizations to find ways to “control” media content.

He said the media operated within the laws of the country and therefore needed to work with the appropriate agencies to ensure that it put out content that was good for public consumption and also supported government’s development agenda.

“What I want to say as government spokesperson is that government has opened its arms to work with all media houses to ensure that we perpetrate and deepen freedom of speech in this country.

“But it is important that we work together with all the media houses to ensure that we control what goes out there to the public – this is something that government is determined to do to ensure that content is good for our children and all,” he said.

In explaining what he meant to Adom News, Baba Jamal said government intended to work with all media organizations to control content such as nude pictures and bad language that appeared in sections of the media.

The Deputy Minister could however not hide his frustration about recent media publications that sought to link him with a tape in which a voice purported to be his, was heard telling some journalists to paint the government white for a reward.

But there was another tape in which he admittedly threatened to sack workers of the Information Services Department if they did not paint government white, to the extent of saying that “if government donates a goat you are free to say it is a cow”.

When Baba Jamal was confronted with that tape he said it was a joke, so Adom News asked whether the public should take him seriously on this new hint of government commitment to control media content, he stated that he meant every word of that.

Asked if that move was not tantamount to censorship, the Deputy Minister maintained to the extent that government planned to work with media organizations to control content, it was not censorship.

He added that media organizations have promised the public to uphold the principles of credibility, truth, and balance among others, so government was only interested in ensuring that the media lived by those principles.