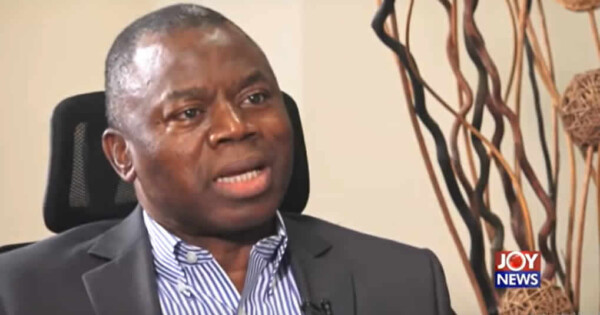 Former President of the Ghana Association of Banks, Alhassan Andani, says the banking sector crisis was not systemic but rather an institutional one.

According to him, most of the top players in the banking sector had identified and taken precautionary measures against banks at risk of insolvency long before the Central Bank had raised red flags concerning those banks.

He stated that the Bank of Ghana should have realized earlier what was going on within the banking scene and taken appropriate measures, however, the BoG continued to provide liquidation to defaulting banks long after most banks had cut credit ties with the unhealthy banks.

“In the morning there will be a bank that has surplus cash and they know that I can’t use that there’s a bank that has cash needs so you’ll throw within a certain agreed limit and then it clears out the next day, all those are what we do.

“But when you’re cornered, you’re always out there in the market picking up someone will say ‘what’s happening to this bank?’ Then people start to withdraw their [funds]. So at the peer level, certain banks knew that other institutions within that space were not healthy enough and therefore cut off their lines of credit.

“That should have been a signal to the Central Bank. And if you go there for liquidity support number one and come back number two there’s a problem. Somebody should be sitting there helping you to balance your assets and liability.”

He believes the liquidity support should have been stopped to allow the banks go down by themselves.

“Yes, and then we would have had one institution gone and the others would be resolved, instead of trying to condone as many of them as possible then you had such a huge institutional impact. But even then, look at it, none of the top 10/12 banks were impacted because it was not systemic.

“Systemic is where you believe that this bank was healthy and everybody was dealing with them and suddenly they couldn’t meet up. Then the default of one bank will affect a healthy bank because that healthy bank had exposures to the defaulting bank. That’s systemic risk.

“But in the case of what happened in Ghana, there was very little systemic risk because we know those that were already at the bottom ready to go,” he said.

DISCLAIMER: The Views, Comments, Opinions, Contributions and Statements made by Readers and Contributors on this platform do not necessarily represent the views or policy of Multimedia Group Limited.
Tags:
Alhassan Andani
Banking Sector Crisis